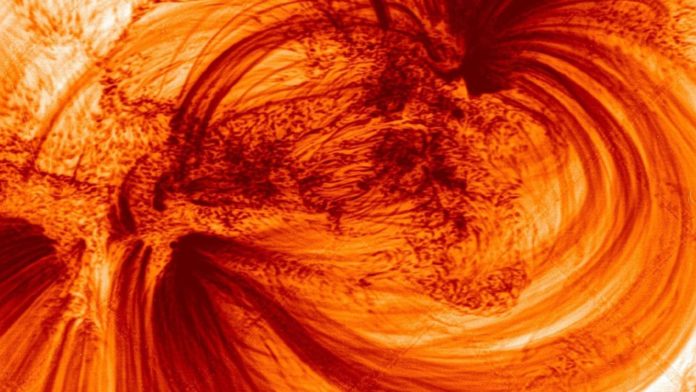 With the collaboration of scientists from England and NASA, new photos of the Sun in ultra high resolution were obtained. Details of the atmosphere of the Sun can be seen in the new Solar photos published.

Only certain parts of the Sun’s atmosphere have been visible until now. In addition, the resulting Sun atmosphere images looked dark or mostly blank. In the new photos, the details of the complex atmosphere of the star can be seen easily.

In the ultra-high resolution images obtained by researchers from UCLan with NASA, 500 km of hot electric gas strips are seen. Scientists have not yet been able to determine how these strips appeared. Researchers think that by finding out how these strands emerged, they could better understand the solar explosions and solar storms.

The relationship between the Earth and the Sun can be better understood
Robert Walsh, who is a solar physics professor at UCLan, said that for the first time ultra high-resolution images of the Sun were obtained. Walsh noted that the Hi-C telescope, in contrast to the previous standard Sun images, renders high resolution images from a part of the Sun.

Tom Williams, who worked with Robert Walsh, said the images obtained by Hi-C are important for modeling and predicting the events occurring in the Sun. Williams added that the relationship between the Earth and the Sun could be better understood in this way.