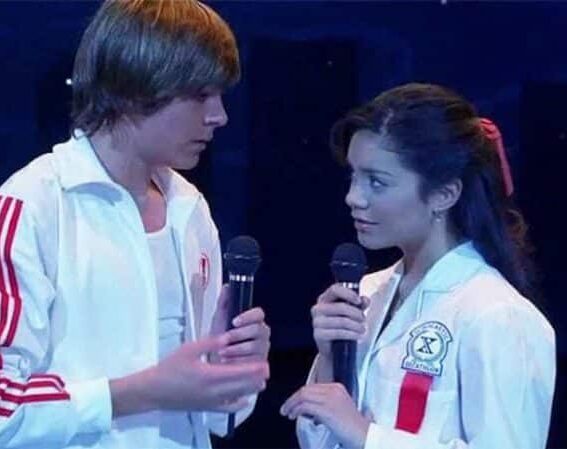 The film High School Musical was a big success in the 2000s. A fan noticed an error in the saga.

Zac Efron made the heads of many fans turn in the film High Shcool Musical. Many still see the saga and a fan has even spotted an error.

In 2006, Zac Efron and Vanessa Hudgens were enormously successful playing in the High School Musical saga. The two actors put themselves in the shoes of two students: Troy and Gabriella.

The first film worked so well that Disney chose to make three parts and tell all the high school years of the two young lovers. Years after the end of the saga, fans seem to be still there.

For several weeks, fans have been able to find High School Musical on Disney +. The chain put all the films and the most nostalgic threw themselves on it during the confinement.

Besides, a follower of the first film analyzed all the scenes and he noticed a big mistake. This particularly concerns a key scene with Zac Efron and Vanessa Hudgens.

HIGH SCHOOL MUSICAL: AN ERROR IN A KEY MOVIE SCENE!

In the last minutes of the High School Musical film, Gabriella and Troy meet on stage to sing “Breaking Free” in front of all the other students. However, according to a fan, Davinaty, there is a big inconsistency.

On TikTok, the fan filmed the scene of Troy and Gabriella and the young woman does not dare to start singing in front of everyone. Thus, Troy stops the music and takes aside his sweetheart to speak to her and reassure her.

However, in the next scene, you can see that it’s not Gabriella who is starting to sing but Troy. So, we can think that the basketball player wanted to start the song in order to reassure Gabriella. But, that’s not really the case …

Indeed, earlier in the movie High School Musical, we can see the two teens practicing singing on “Breakin Free”. And it’s Troy who starts the song every time. Therefore, on stage, in front of everyone, he should have been the first to sing and the fans should not have seen Gabriella panic.