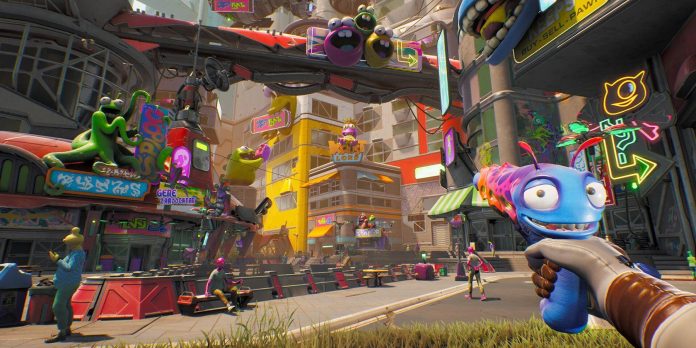 High on Life, the upcoming weird first-person shooter from Squanch Games and “Rick and Morty” co-creator Justin Roiland, could be something special. The previous Squanch games, Accounting and Trover Saves the Universe, created his reputation and laid the foundation for the possibilities of High on Life. Ironically, it was these high expectations from Squanch itself that may have led to the recent decision to postpone the game. Instead of throwing High on Life against God of War and Call of Duty, Squonch wants High on Life to have a place to breathe.

Squanch creative director Mikey Spano recently shared his thoughts about the studio in an interview with GamesRadar+. Spano explained that the month of release of High on Life, which was originally planned for October, is very “crowded”. Spano specifically mentions Call of Duty and God of War, although God of War Ragnarok is coming out in November. According to Spano, if High on Life is “missing the conversation” because of these other game releases, then it’s a “missed opportunity.”

Postponing games to meet a better schedule is a common occurrence in the video game industry, although this is often not talked about. Video game fans, as a rule, do not like to hear that the game they want has been pushed back in pursuit of improved market conditions. However, there is no argument in favor of the fact that the launch of Call of Duty: Modern Warfare 2 and God of War Ragnarok will be difficult for a game dependent on word of mouth. These games suck a lot of oxygen out of the room.

Squunch will not miss the extra time, about a month and a half, in vain. Regarding the previous release schedule, Spano says that while the game would have been great, the team also believed that more time would give time for important polishing. In particular, Act 2 High on Life could be brought to the same level of polish as Act 1 and Act 3.

Although Spano doesn’t mention it, there is another factor that may play a key role in the decision to postpone High on Life. High on Life is the Xbox Game Pass Day One release. October is already filled with some major Xbox Game Pass games, including Persona 5 Royal, Scorn and Signalis. December, on the other hand, is much more open. The delayed release also benefits Xbox, which is a major partnership of Squanch for High on Life.

December is definitely a much better month for games that don’t belong to a well-known franchise. The only two big games released in the same week as High on Life are the Nintendo Switch—exclusive Dragon Quest Treasures and the niche shooter from Bullet Hell Akai Katana Shin from Cave. Where he is now, High on Life has a place to be part of the conversation, exactly what Squanch wants for the game.

High on Life is released on December 13 on PC, Xbox One and Xbox Series X/S.

What are secret wars? Explanation of the name “Avengers 6”