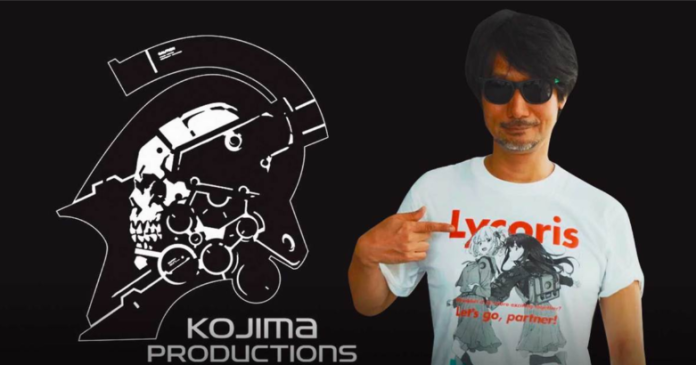 In an interview, Hideo Kojima said that his next project will be “like a new environment” with the ability to turn the gaming and film industry around if successful. Keep reading to find out more about what he meant.

In an interview with The Guardian, Hideo Kojima talks about his experience in game development. Kojima has been working in the gaming industry for 36 years, most of which he spent at Konami. There he helped give birth to the famous and beloved Metal Gear Solid franchise. The last main game, Metal Gear Solid 5: The Phantom Pain, was one of the most anticipated video games of the time. He promised to make ends meet throughout the series, and for the most part it happened. However, things ended badly, as Kojima eventually left (or, according to some people, was fired) from Konami.

Kojima then built his own game development studio, Kojima Productions. There he and his team will make Death Stranding, a game known for its narrative and atmosphere. By this I mean that Kojima’s way of telling stories is like nothing else. The way he tackles controversial topics and the way he incorporates them into his games is just outstanding. In fact, Kojima’s way of telling stories has already created a kind of cult. And now Kojima intends to continue doing just that. Although Kojima gets his share of pranks and harassment, he still continues.

At the moment, we are aware of two projects that Kojima is working on. The first is the continuation of Death Stranding, which in principle was confirmed by Norman Reedus himself. The other is a mysterious game that Elle Fanning apparently plays. At the moment, we know almost nothing about the second project. This is in the order of things, since we were also largely kept in the dark with Death Stranding. However, Kojima’s interview helps shed some light.

According to Hideo Kojima, his next project, most likely related to the project with Elle Fanning, was something he had wanted to do for years. However, due to the available technology, he was unable to do so. However, thanks to the achievements of recent years, Kojima is finally putting his plans into practice. He described his project as “almost like a medium.” He said that “if it succeeds, it will change the situation not only in the gaming industry, but also in the film industry.” According to Kojima, the biggest problem of this project is its infrastructure. “You can have successful experiments, but there is a long distance between the experiment and the place where it becomes part of everyday use.”

Hideo Kojima said that he always wants to be the first to do something new. He explained that from a business point of view, usually second or third people try something new and succeed. However, according to Kojima, he doesn’t want that. “Everything is difficult for the first person. But I want to be the first. I want to keep being the first.” We don’t know exactly what this entails, but it’s definitely something to expect. We only need to look at his studio’s game, Death Stranding, to see that bringing something new and unknown to the market can work.