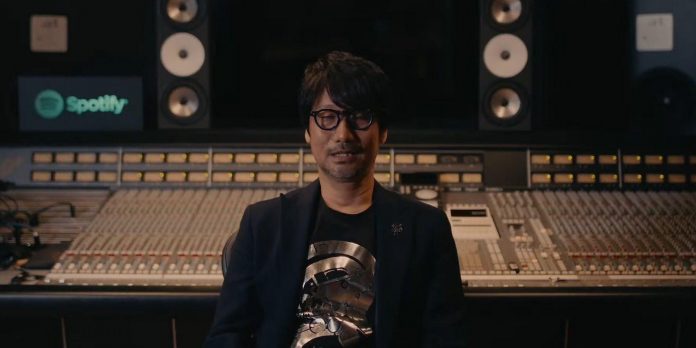 Hideo Kojima has been a key player in the gaming industry for more than three and a half decades. With P.T. recently celebrating its 8th anniversary, both he and the fans are remembering this short horror title and the loss of what could have been a new Silent Hill game. However, this is just one of many endeavors in which the author of video games participated, and a recent video from the man himself showed his next project.

At Gamescom this year, the founder of Kojima Productions briefly announced that a new podcast would be coming to Spotify next month. In a one-minute clip, the Japanese director said that fans will be able to watch his program starting on September 8. He further said that the show will be available in both Japanese and English to attract the attention of those who are not familiar with it. Homeland. People from “various fields” will also be invited, assuming it will be more than just a gaming podcast.

Hideo Kojima actually announced a podcast back in February called “Radioverse”, in which he and guests discussed games, movies and other topics. However, this new one will be called “Brain Structure” and little is known about what it will contain. Kojima says that along with the guests, Gamescom host Jeff Cayley will have a regular segment dedicated to entertainment news in each episode.

The man behind games like Metal Fear Solid and Death Stranding is known for his rather outlandish ideas, as well as the depth of the narrative. Given his extensive career, he has had some influence on the video game industry. In fact, earlier this year, the Japanese government awarded Hideo Kojima a Fine arts award, especially for his work on the director’s version of Death Stranding. From what the committee said, it looks like they found the game, or at least this iteration of it, noteworthy for “dynamic interactions.”

Hideo Kojima was just one of the industry figures who appeared on the Opening Night Live show for Gamescom 2022. In addition to the many game announcements, there were also speakers such as Gearbox Software co-founder Randy Pitchford, who was there to talk about New Tales from the Frontier. There was also an interview with the director of The Callisto Protocol, Glen Schofield.

“Brain Structure” will be released on September 8 exclusively on Spotify.

Hawkgirl is an unexpected secret weapon of the Justice Society