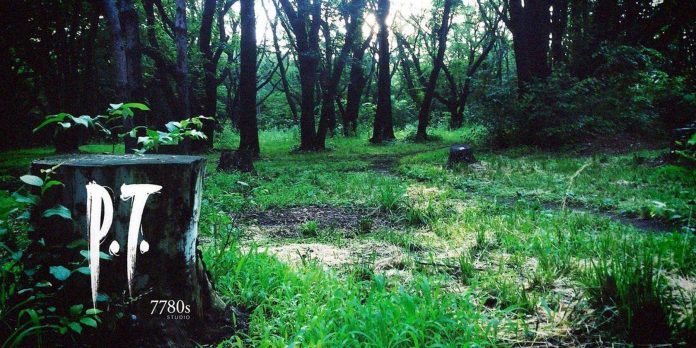 Many gamers and especially Silent Hill fans are aware of the short-lived horror game known as PT (short for Playable Teaser). Initially, it was supposed to be a completely new Silent Hill game created in collaboration with Norman Reedus and Guillermo del Toro. Unfortunately, this will never happen, as many fans know that a quarrel between Kojima Productions and Konami in 2015 led to the cancellation of an ambitious game. It was then removed from the PlayStation Store and the PT is no longer available for official download.

Several times, fans have tried to recreate the horror experience that was in the original PT. Fans tried to bring the game back in several ways, for example, by remaking PT in Forge Halo Infinite mode. Eight years after its cancellation, Hideo Kojima and a former Konami employee, Pearl L., reflected on the game and the day of its removal.

Kojima wrote on his English-language Twitter account that this is the eighth year of PT’s existence, and recalls the experience of distributing the game on Gamescom. He and his team calculated that it would take fans two months to complete the game, even if several players were playing at the same time, to experience all the mechanics present in the game. The issue was resolved in just two days, as a result of which fans were able to see the Silent Hills trailer. He recalls being on stage with Jeff Cayley at Gamescom, where he expressed a sense of “failure,” probably meaning that he hoped the mystery would drag on longer.

After Kojima posted a message on his Twitter account, former Konami employee Pearl L. shared her thoughts about setting up the game, responsibility for the fake publisher, the unexpected release of the game, and what she had to call. Sony when it’s time to remove it. She states that the request to delete PT and block its re-upload was a “very fun” conversation. She then went on to answer many of the fans’ questions about the PT removal, pointing out the exact reason why the game was removed due to Konami itself.

In her responses, Pearl L. reports that at that time Konami was in a difficult situation, and the support groups within the company and Sony deserve special praise for having withstood the brunt of the accusations from fans. She notes that it was an exceptionally inconvenient time to contact Sony due to the complex requirements for setting it up, and then she was asked to be excluded from the list and block re-downloads, which was the first time Sony had happened.

PT has been cancelled and is no longer being developed.

Skyrim: Why Miko is the most Tragic Animal Follower in the...