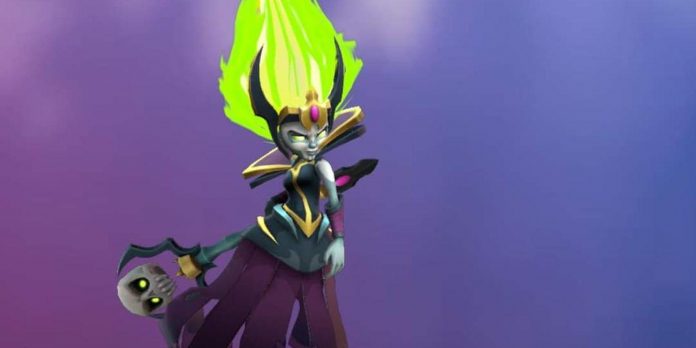 Lavinia is the assassin with the highest mana regeneration in HEROish, so she can use expensive troops more easily than any of the other five heroes. Using also a few inexpensive troops, Lavinia can quickly create a large army that will continue to call up troops on its own, and some allies will even bring back fallen enemies to fight for this hero. Lavinia is the second hero unlocked in the multiplayer game after Flynn, and she can be used in the “Damned” campaign in the main story.

The cards in the campaign mode and the multiplayer game open differently, so the best decks in HEROish are created separately for each of them. In campaign mode, the cards open when completing the main story quests, and they will be specific to the heroes that the players use. Unlocking the map in multiplayer mode depends on the player’s level. The rewards given to each type, the player’s level is independent of the hero, so they will need to reach level 20 to unlock all possible cards and characters. However, many Lavinia maps can be unlocked early on in multiplayer mode.

Each hero has three cards of each type, so you can choose from 39 to 45 cards depending on which character is used. Lavinia has 14 different types of cards, with a total of 42 options for creating a deck. However, HEROish decks can only be assembled from 12 cards. As Lavinia recovers mana quickly, there may be some expensive troops in her deck, but she has the lowest health score of all six heroes, so amassing a large army is vital to keeping her alive.

The best Lavinia deck for multiplayer mode in HEROish

Lavinia is a member of the Damned faction along with Lord Marduk, so it is useful to improve the general troops first if players plan to use both heroes. Inexpensive troops can be used in both decks to get the best builds, so players should improve cards such as the Imp, the Bile Belcher and the Hellhound to increase the strength of both heroes at the same time. Only one hero-specific ability is included in the best build of Lavinia’s deck, because she has only two unique types of cards, and her low health means that you mostly need to rely on allies to win.

Although it’s better to have a lot of troops, players can experiment with another Lavinia spell and replace one or two ally cards. Lavinia’s Wake the Dead card can be used to slow down enemy characters and their troops. Wake the Dead is effective in preventing the enemy from catching up with Lavinia if she needs to run back to the healing pool, but her Grave Curse spell is more useful because it can kill and recruit enemy troops. The multiplayer game has a special 1-on-1 AI option, which is great for trying out some of the other Lavinia cards in HEROish.

Louis Tomlinson shies away from answering the question about the conflict...