Home Entertainment Heroes Review: an exciting adventure in the defense of the castle 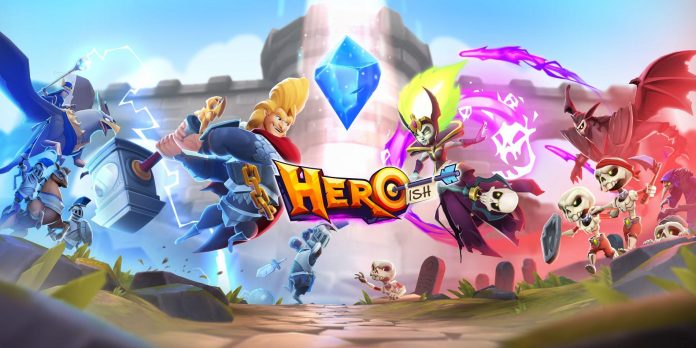 Sunblink’s debut game, HEROish, is an exciting castle defense game with three campaigns, a multiplayer mode and six heroes to fight. In every combat encounter, there are waves of enemies to fight, and some have goals that advance the main story. Diverse gameplay, interesting characters and unique fighting styles make HEROish an exciting game without microtransactions.

At the beginning of HEROish, the Damned invade the lands of the Empire and seek to infiltrate their bases unnoticed in search of a cure for their curse. The story continues as the Imperials try to stop the Damned, and both armies confront the forces of the wild. As you progress through each campaign, new characters and maps become available as a reward for story missions. First you need to go through the Imperial Campaign, then the Damned, before ending the story with the Wild campaign.

There are six playable characters, two in each campaign. All six characters are available for use in the multiplayer game after they are unlocked by leveling up. The characters are divided into three groups: Imperials, Cursed and Wild. Each hero has a unique deck with faction troops and specific spells or attacks. In both campaign mode and multiplayer mode, some cards need to be unlocked before they can be added to the active deck.

The controlled hero will attack automatically when he is near an enemy, but he also has his own decks of cards to use. Each card has its own effect, as well as mana cost. Mana is regenerated depending on the characteristics of the hero, which increase as the level increases as a result of combat collisions. In between story missions, there are opportunities for side quests and lower-level battles on the world map. Completing missions unrelated to the plot helps level up, so campaign quests are easier to win. Towards the end of each campaign, it is necessary to fight random enemies to earn XP in order to become strong enough to complete the story.

Depending on the difficulty setting that can be changed in the menu, you may need to grind to continue the campaign. At the easy level, you can complete all three campaigns without completing most or any of the battles with side quests. However, at the average and especially at the difficult level of passing the game, it takes a little work to level up and improve the cards in the active deck. Not all maps can be completely improved, so it is important to choose them carefully. You can upgrade the map for gold in one of the many shops on the world map.

There are also chests with lots of gold that can be collected at random points on the map. In some quests, the hero needs to destroy certain objects, and not just defeat enemies and bosses. However, some combat encounters, especially those that are not part of the main plot, may seem repetitive after a while. The increased difficulty in each new section of the map helps to dilute the monotony a little, but it can also slow down the pace of the game. In some cases, the hero may have to retreat and wait for additional mana before attacking.

In addition to stopping the rapid battle, the retreat and recovery of the army can also cause some problems with summoning enough troops. Many summoned NPCs are much slower than the hero, so it’s almost pointless to gather a large army to move to the other side of the arena. Usually by the time the troops reach the other side, new ones can already be summoned to fight and win the clash. Although this issue occurs during some campaign fights, it’s not really a problem in a multiplayer game.

HEROish’s multiplayer mode allows you to choose one hero and create your own deck to fight with an AI team or another player. Cards and opponents are randomly selected, so it is impossible to know what kind of hero the opponent will be. The AI opponent option is great for experimenting with different card combinations and gaining XP to unlock and assemble the best deck for each hero.

Each of the Imperial, Cursed and Feral arenas has a unique environment and music, the intensity of which increases depending on the battle. The combat system, music and visuals work together to create an engaging and engaging experience. You have to complete various tasks, as well as many unique abilities and troops that need to be called. HEROish is not only a great way to pass the time, but also a really entertaining castle defense game with an interesting plot.