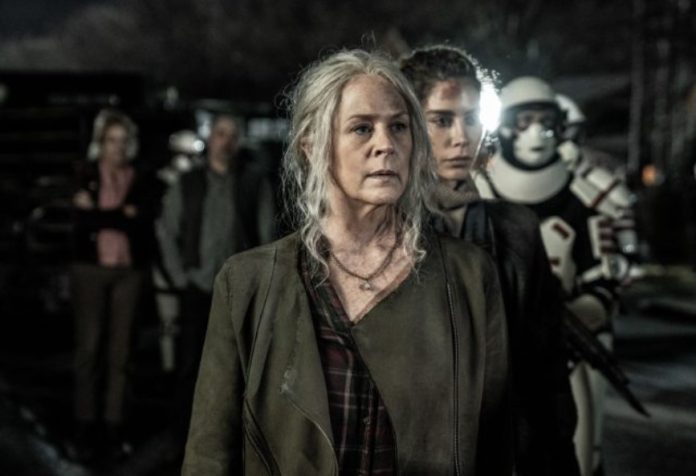 Spoilers ahead for ‘Rest In Peace’

“The Walking Dead” concluded its last episode with the death of the characters, emotional goodbyes and teasing of the future.

After 11 seasons, the last episode of the show called “Rest in Peace” aired on Sunday (November 20). The episode begins when the survivors find themselves caught between the threat of the Commonwealth Army led by Governor Pamela Milton (Lila Robbins) and hordes of zombies taking over the streets.

In total, there were three major deaths in the episode. A dramatic run to the hospital leads to the first two, namely Jules (Alex Sgambati), who is drawn into a horde of zombies, and her boyfriend Luke (Dan Fogler) is bitten in an attempt to save her. He later dies in the hospital.

The biggest death in the finale is Rosita (Christian Serratos), bitten after falling from a wall pipe into a crowd of walkers. She manages to fight off the horde and escape, saving her baby Coco, but later she shows Eugene (Josh McDermitt) bite on the left shoulder.

Rosita dies later in the episode after peace is established in the Commonwealth and leader Milton is arrested and put behind bars. Her last moments with Eugene, when she tells him, “I’m glad it was you in the end.”

The episode then jumps forward a year, where we see Daryl (Norman Reedus) saying goodbye to the Commonwealth. After an emotional goodbye to Carol (Melissa McBride), he rides his motorcycle alone, preparing events for his planned spin-off.

In the last few minutes, Rick Grimes (Andrew Lincoln) and Michonne (Danai Gurira) are shown in a montage sequence in different places as they recite the words in the diary. As Rick reads his letter, the faces of past characters flash across the screen. “I think about the dead all the time,” reads Rick. “And about the living. Who I lost. I think about them all every day. Their faces. What I learned from them. How they made me who I am. Much more than all of this has made me who I am.”

The final scene ends with Rick, wearing a Civic Republic military jacket, giving up when a helicopter descends from the sky.

The phrase “We are the ones who are alive” was repeated throughout the entire run of The Walking Dead. This was first said by Rick in the fifth season episode “Attempt” after a confrontation with Pete. “We know what needs to be done and we’re doing it,” Rick tells the group. “We are the ones who live.” This phrase was also repeated by Michonne in the mid-season finale of the seventh season.

“And it really felt like no matter where these characters are, what situations they are in, whether they are alive or dead, they are forever connected by their time with each other. That they are part of a family that is indestructible. And this is in a sense one long life, which we thematically called for throughout the series and even in the earlier moments of the finale. And that’s where we started.”

There are currently three additional shows planned after “The Walking Dead,” including “The Walking Dead: Dead City” featuring Maggie (Lauren Cohan) and Negan (Jeffrey Dean Morgan), as well as a solo additional show for Daryl called “Daryl Dixon.” The third spin-off is a series about Rick and Michonne, production of which is due to begin in January next year.

They appear after various additional shows that have already aired, including “Fear the Walking Dead”, currently in its eighth season, and the anthology series Tales Of The Walking Dead. “The Walking Dead: The World Beyond,” which centers on teenage protagonists, also ended last December after two seasons.