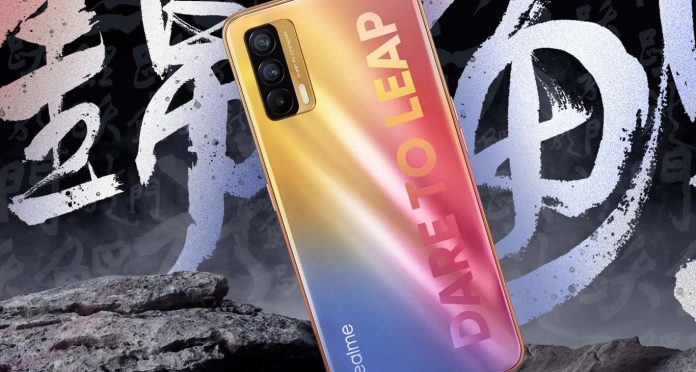 Promotional images have emerged for the V15 model, which realme, one of the youngest members of the smartphone market, will be showcasing. With these visuals, realme V15 introduction date and design has been determined. Some of the features of the smartphone were among the previously leaked information.

The launch date of realme V15, whose promotional poster was released, was January 7th. In addition, the poster prepared for the launch includes a telephone. Therefore, the design of the device was also largely evident. With its perforated notch structure, the V15 will have a triple camera setup and will appear in front of the consumer with a gradient design on the back. You can see the promotional image below. 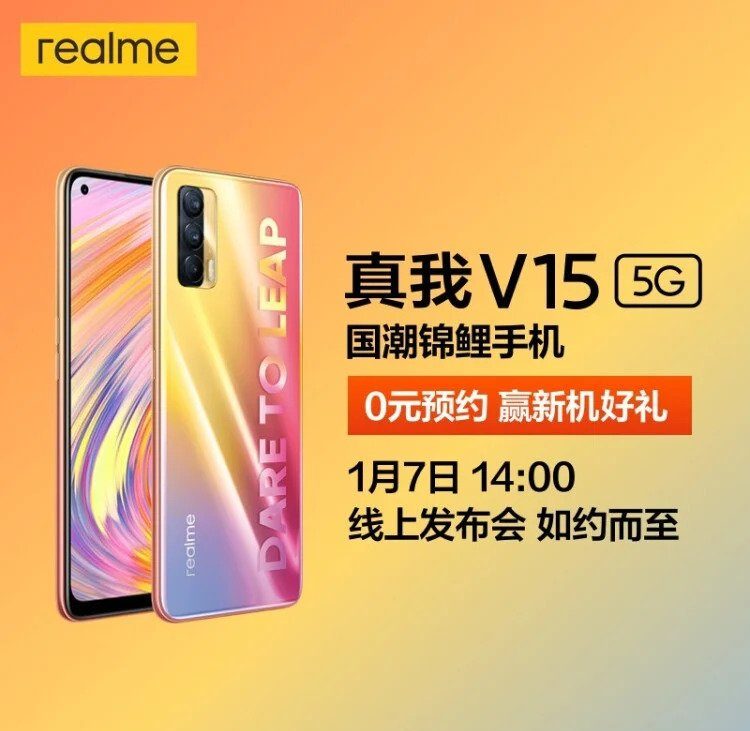 On the other hand, some information about the phone’s camera came to light. On the phone with a triple camera setup, the main camera will be at a resolution of 64 Megapixels.

Information about the features of the device will become clear on Thursday, January 7, when the launch takes place.

iPhone 13’s processor A15 is in performance test! Here are the...