ICO Analytics, one of the leading cryptocurrency data platforms, has revealed the most valued cryptocurrencies of November in the last 18 days with the table shared today. On the list where only cryptocurrencies with a market value of over $ 10 million and a trade volume of more than $ 1 million are taken into consideration; Since the beginning of the month, 15 cryptocurrencies that made the face of the investors laugh the most were shared. 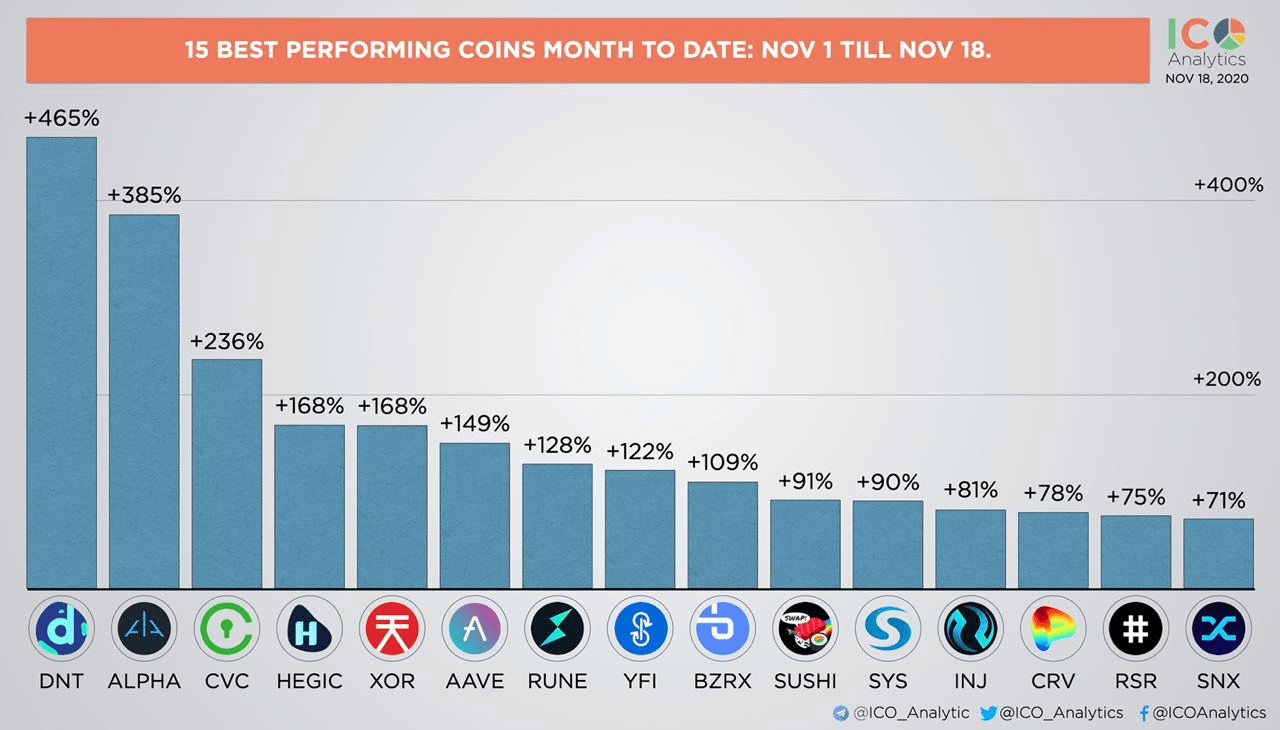 What cryptocurrencies are in the top five?

According to ICO Analytics data, district0x (DNT) has been the highest earning cryptocurrency since November 1. The DNT price has increased by 465% since the beginning of the month. District0x, ranked 179th on the list of most valuable cryptocurrencies, increased its price to $ 0.0539.

Alpha Finance (ALPHA) took the second place. The price of ALPHA, which increased by 385% in 18 days, rose to $ 0.1508. Alpha Finance’s market value is approximately 25 million dollars.

Hegic (HEGIC), which has been rising steadily since the beginning of the month, is ranked fourth on the list, valuing 168%. While the HEGIC price is based on $ 0.2385, its market value reaches $ 72.6 million.

With Hegic, the cryptocurrency, which gained 168% value and ranked 5th, became Sora (XOR). Having gained a strong momentum in mid-November, XOR increased its price to $ 109.76.

Other cryptocurrencies on the list, their rates of increase and prices

JIN TELLS V “COME OUT OF MY BED OR HARASSMENT YOU...

Jungkook visited I-LAND and made a joke