Home Crypto Here are the Expected Levels for AVAX, BTC, DOGE and 6 Altcoins! 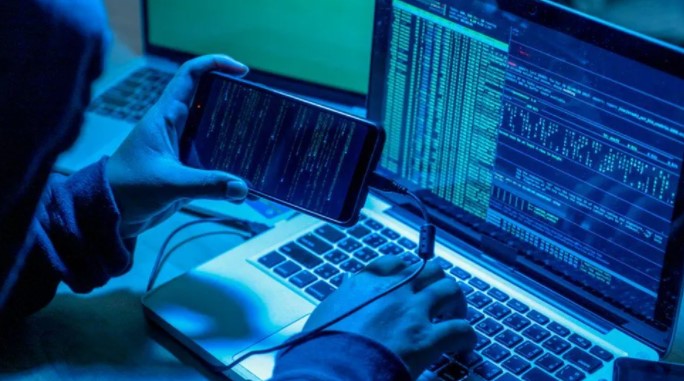 Bitcoin and most major altcoins are trading below the 200-day SMA, suggesting that the bears are in complete control.

Bitcoin, ETH, AVAX and others

BTC/USDT. Even after the sharp drop in Bitcoin price, demand from institutional investors remains weak. Veteran trader Peter Brandt said that “high-volume panic capitulations” often signal a bottom in Bitcoin, which has yet to happen during the current drop from its all-time high. The bulls have been defending the 200-day SMA ($47,130) for the past few days, but have been unable to push the price above the 20-day exponential moving average (EMA) ($49,622). This indicates a lack of demand at higher levels. The bears pushed the price below the 200-day SMA on Dec. 20 and if the price stays below this critical level, selling could gain momentum. The BTC/USDT pair risks falling into the strong support zone between $42,000 and $39,600. The bulls are likely to defend this zone aggressively but the recovery may face a challenge at the 200-day SMA.

ETH/USDT. Ether has been trading in a descending channel for the past few days. The bounce at the support line of the channel on Dec. 13 failed to break above the 20-day EMA ($4,058), indicating that the bears are selling on the rallies. The falling 20-day EMA and the relative strength index (RSI) below 43 suggest the path of least resistance is to the downside. According to the analyst, the ETH/USDT pair could decline to $3,643.73 and then to the support line of the channel. The bulls will then make an attempt to push the price above the channel.

BNB/USDT. Buyers have successfully defended the 100-day SMA ($509) for the past few days, but have been unable to push BNB above the 20-day EMA ($552). This indicates that demand is drying up at higher levels. The falling 20-day EMA and the RSI in the negative zone indicate that the bears have the upper hand. If the price breaks and sustains below the 100-day SMA, the BNB/USDT pair could drop to the 200-day SMA ($436).

ADA/USDT. Cardano (ADA) has repeatedly bounced off the strong support at $1.18 over the past few days, but the bulls have been unable to push the price above the 20-day EMA ($1.35). The bears will now try to push and sustain the price below $1.18. Bulls are likely to defend this level aggressively. The first sign of strength will be a break and close above the 20-day EMA. Such a move would indicate that demand exceeds supply. According to the analyst, the pair could rise to $1.47 first and then attempt a rally towards the overhead resistance at $1.87.

XRP/USDT. Ripple (XRP) has been trading between $0.75 and $0.85 for the past few days. The bulls pushed the price above $0.85 on Dec. 20, but the long wick on the candlestick indicates that the bears are continuing to sell in rallies. The RSI has rebounded strongly from the oversold levels, indicating that the bearish momentum may be losing strength. This could keep the XRP/USDT pair in range for a few more days. A break and close above $0.85 will show the bulls defeating the bears. This could push the price towards the psychological mark of $1.

LUNA/USDT. Terra’s LUNA token hit an all-time high on December 20, but the long wick on the day’s candlestick indicates that short-term traders can book profits at higher levels. If the price stays below $78.29, the bears will try to pull the LUNA/USDT pair to the 20-day EMA ($64). This is an important boost to consider because a strong rebound indicates that sentiment remains positive and traders are buying on the dips. The bulls will then attempt to push the price back above the upper zone from $78.29 to $81.87.

AVAX/USDT. AVAX bounced off the strong support at $75.50 on Dec. 14 and broke above the downtrend line on Dec. 15. This indicated that the bulls are trying to resume the uptrend. However, the upward move is down from the 61.8% Fibonacci retracement level to $119.69, which indicates that the bears are selling on the rallies. The AVAX/USDT pair has reached critical support at the 20-day EMA ($99). If the price bounces back from the current level, the buyers will try to maintain the upward move again. A break and close above $119.69 could clear the way for a rally to $131.70 and later to the all-time high at $147.

DOGE/USDT. Dogecoin (DOGE) recovered strong support at $0.15 on Dec. 14 and broke above the 20-day EMA ($0.18), but the long wick on the candlestick indicates that traders are selling higher. The bears pulled the price below the 20-day EMA on Dec. This dragged the price towards the strong support at $0.15. A break and close below this level could push the price to $0.13 from December 4 low. If this support is broken, the DOGE/USDT pair could drop to the psychological level at $0.10. Conversely, if the price bounces back from the current level, the bulls will again try to break through the 20-day EMA and the overhead barrier at $0.19.

The views and opinions expressed here are solely those of the author and are unlikely to materialise. All investors should do their own research.