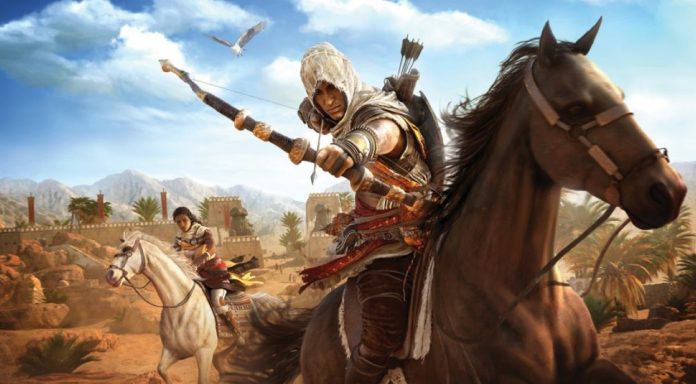 Assassin’s Creed is a fantastic game that everyone has at least an idea and we can say is an epic. We will take a look at the Origins series released by this game, which is the masterpiece of Ubisoft. When the production video is released, the game; it was the focus of many actors, observers and commentators. We can say that this promotional video, which is the focus of criticism, made a great impact. There was a group of people who believed that it would not be a quality production with lots of mistakes, little thought. But Ubisoft company managed to mislead this audience and many players by breaking these taboos. Here are Assassin’s Creed Origins system requirements and all the other details.

Assassin’s Creed Origins has managed to become one of the most popular and popular games in the series. The work, which intimidated the other games of the series in terms of graphic-design, attracted a lot of attention. Let’s take a closer look at Assassin’s Creed Origins system requirements while examining the subject and mechanics, which we can consider even in this interesting masterpiece category.

What is the subject of Assassin’s Creed Origins?

You try to bring to light the dark secrets and forgotten legends on this journey to the roots of the Assassin Brotherhood Organization in the game, which is about a magnificent power struggle that will close an era full of intrigue as well as glorious in Ancient Egypt. Travel along the Nile, try to uncover the mysteries of the pyramids, and explore new lands as you fight dangerous ancient factions and wild creatures.

Assassin’s Creed Origins varied slightly in the game mechanics, such as combat and camouflage. At this point, the producers wanted to give the message of war with your intense presence regarding the difficulty of the game. At this point, those who rely on their privacy can finish their tasks and progress with the help of patience. However, the sweetest part of this game is undoubtedly the fighting mechanics. We can say that character strengthening is important in all games of the series, and it has preserved its importance and even has a more vital place in this work. As a rank system, it is not that easy to clash with opponents 1-2 rank higher than you. Of course, as in every game, there is personalization on the character in this series.

You know that this game is kind of an open world game. In this work, they tried to close the visual gap with the map of the game in order to better reflect the atmosphere of the open world game and I must sincerely say that they were very successful in this. I want to talk a little bit about the changes. Unlike other games, we have the ability to control a hawk in the game. This hawk, which is like our eyes in the air, has various features. It has a target detection feature, as well as allowing us to easily observe the map and have a better command of the game. As a design, it has been a quality production that Ubisoft has shown that it is trembling. Compared to the other games of the series, it is a work that says “I’m here” and shows a head. He has made exemplary works in terms of graphic-design. It has taken its place among the games that should not be missed with its graphics, content and subject.

You can also share your thoughts about Assassin’s Creed Origins and system requirements in the comments.

‘Cameras with Face Detection Technology’ Will Be Placed on London Streets