Home Crypto Here are 4 important altcoins to keep an eye on this week,... 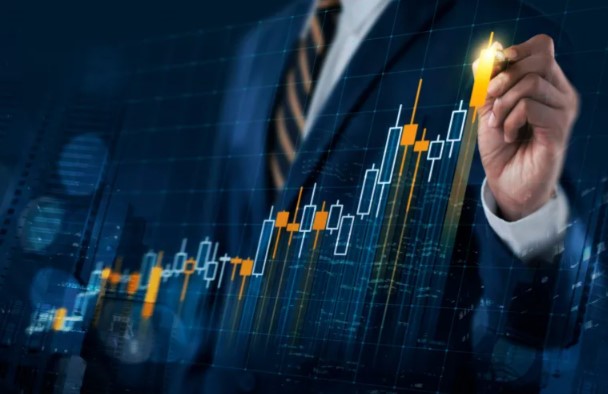 Technical charts show that Bitcoin (BTC) and 4 altcoin projects may be on the verge of a sharp breakthrough. However, investors are not sure in which direction the price will go. Bitcoin and most of the major altcoins were relatively quiet during the holiday period starting on Good Friday. This shows that investors did not make large investments during the closing of the US stock markets. This may be due to the tight correlation between Bitcoin and the S&P 500 and uncertainty about the stock market results next week.

Can Bitcoin and these 4 altcoins start bullish growth in the next few days?

While Bitcoin price behavior has been sluggish over the past few days, some altcoin projects that were on Coinbase’s list of 50 crypto assets being considered for listing have witnessed strong trend movements. Can Bitcoin and 4 altcoins from our list start bullish growth in the next few days?

On April 16, Bitcoin created an intraday candlestick chart showing indecision between bulls and bears. Usually, small interval days are followed by interval expansion, but it is difficult to predict the direction in advance. If the price rises above $41,000, the bulls will try to push the BTC/USDT pair above the 20-day exponential moving average ($42,085). If successful, the pair can start moving up to the upper resistance on the 200-day simple moving average ($48,136), and then to the resistance line of the ascending channel.

The descending 20-day EMA and the relative strength index (RSI) in the negative area indicate a slight advantage of the bears. Sales may increase if the price falls below $39,200. Then the pair may fall to the support line of the channel. A breakout and a close below this support could extend the decline to $32,917. The 4-hour chart shows that the price is holding the 20-EMA, and the bulls are trying to bounce back. If the price rises above the upper resistance between 50-SMA and 41,561 dollars, the pair may rise to 200-SMA. Bears are expected to defend at this level. This positive view will be invalidated in the short term if the price breaks from the current level and falls below $39,200. The pair may continue the correction later and may decline to a strong support at $37,000.

Ripple (XRP) has sharply regained strong support at $0.69, indicating strong demand at lower levels. Bulls pushed the price above the 50-day SMA ($0.78) on April 15, but were unable to continue the upward movement. However, the positive thing is that the bulls are trying to keep the price above the 20-day EMA ($0.77). A flat 20-day EMA and RSI near the midpoint indicate a balance between supply and demand. If the XRP/USDT pair exceeds $0.80, the balance will shift in favor of the bulls. This could push the pair to the 200-day SMA ($0.88), and then to a strong resistance at $0.91.

Contrary to this assumption, if the XRP price breaks and holds below the 20-day EMA, it will mean that bears are active at higher levels. Then sellers will try to push the pair to strong support at $0.69. The 4-hour chart shows that the bears aggressively defended the upper resistance at the 200-EMA level, but could not break through the pair below the 20-EMA. This indicates that bulls are buying on declines. If buyers push the price above 200-SMA, the bullish momentum may strengthen. Then the pair can rise to $0.85, where bears can set a hard barrier. On the other hand, a breakout and a close below the 20-EMA may cancel the bullish forecast in the short term and lead the pair to the 50-SMA.

Chainlink (LINK) broke above the downtrend line on March 30, but the bulls could not hold higher. Strong sales around $18 dragged the price below the downtrend line. On the positive side, buyers are buying on a drop of about $13.50 and trying to form a higher bottom. The first sign of strength will be a breakout and a close above the 20-day EMA ($15). Such a move suggests that the bears may lose control. Then the LINK/USDT pair can rise to $16, and then raise the upper resistance at $18. A breakout and a close above this level could open the door for a possible rise to the 200-day SMA ($21).

This Altcoin is Trying to Reach the Bottom: Bitcoin Cash (BCH)

Bitcoin Cash (BCH) has been trying to reach the bottom for the past few days. The price rose sharply on April 13 and overcame the 20-day EMA ($339). Although the bulls failed to develop growth potential, this is a positive sign that they did not allow the price to fall below the 50-day SMA ($329). The 20-day EMA is trying to climb, and the RSI is above 53, which indicates a slight advantage for the bulls. If buyers push the price above $354, the upward movement may continue, and the BCH/USDT pair may rise to the upper resistance level at $395. Bears are likely to fiercely defend this level. If the price drops from $395, trading in the range may take a few more days.

If the price drops and falls below the 50-day SMA, the bears will try to push the pair to strong support at $259. On the 4-hour chart, the pair rose sharply from $290 to $353. This may have prompted short-term investors to take profits, but a positive sign is that the bulls do not allow the price to fall below the 20-EMA. This shows that the mood is positive and traders are buying on the falls. The rising 20-EMA and the RSI in the positive zone indicate the advantage of buyers. If the price of BCH rises above $354, the upward movement may reach $380, and then $395.

Filecoin (FIL) bulls are trying to establish a fundamental pattern, and the price has been consolidating between $16.50 and $27 over the past few days. The 20-day EMA ($21) and the 50-day SMA ($20) are flat, and the RSI is near the midpoint, indicating a balance between supply and demand. If the bulls keep the price above the 20-day EMA, the probability of a rally to the upper resistance at $ 27 will increase. Bulls will have to push and hold the price above this level to signal the beginning of a possible new uptrend. This positive view may be invalidated in the short term if the price falls below the 50-day SMA. Then the bears will try to push the FIL/USDT pair to strong support at $16.50. A breakout and a close below this level will indicate a resumption of the downtrend.

The bears are defending the upper resistance at $22, but the positive thing is that the bulls did not allow the price to fall below 200-SMA. If the price rises from the current level and rises above the $22-23 resistance zone, the bullish momentum may strengthen and the pair may rise to $27. The 20-EMA and 50-SMA complete the bullish intersection, and the RSI is in positive territory, which gives buyers an advantage. This positive view may not be valid in the short term if the pair bounces and falls below 200-SMA.

The Price Of This Crypto Wallet Starts At 600$

Those Who Want to See Beeple’s $69 Million NFT Can Buy...