Home Crypto Here are 4 Altcoins You Should Have On Your Radar This Week! 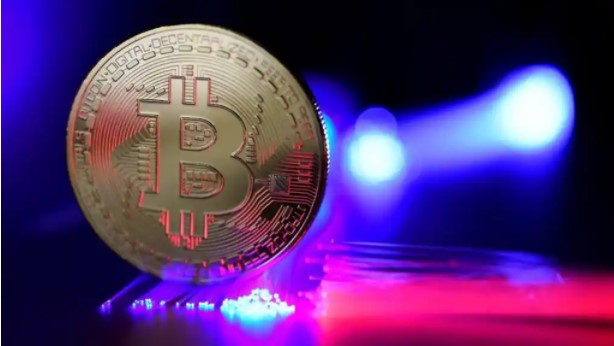 In this article, as Somanews, we will include analyst Rakesh Upadhyay’s analysis of 4 altcoin projects: XRP, NEAR, XMR, WAVES.

If BTC can retrace $41,000 support, altcoin projects could attract buyers of XRP, NEAR, XMR, and WAVES. Bitcoin (BTC) dropped below $40,000 on March 4 and traded below the level over the weekend. While crypto price action has been volatile over the past few days, Glassnode data shows that institutional investors have been gradually accumulating Bitcoin through Grayscale Bitcoin Trust (GBTC) shares since December 2021. Another positive sign was that the fund managers did not panic and left their holdings to GBTC. This suggests that managers are likely to be bullish in the long run, thus getting rid of short-term pain.

Ripple (XRP) has been trying to break above the downtrend line for the past few days but the bears have held their ground. A minor positive is that the bulls do not give up and try to defend the 50-day SMA ($0.72). The flat moving averages and the RSI near the midpoint give neither the bulls nor the bears a clear advantage. If the bulls propel and sustain the price above the downtrend line, the momentum is likely to increase and the XRP/USDT pair could rally to $0.91. A break and close above this level could open the way for a possible retest of the psychological resistance at $1.

The NEAR Protocol (NEAR) is sandwiched between the moving averages for the past few days. This shows that bears sell on rallies to the 50-day SMA ($11), while bulls buy on dips to the 20-day EMA ($10). The RSI is near the midpoint and the 20-day EMA has flattened, indicating a balance between the bulls and bears. If the price recovers from the current level and rises above $12, it indicates that the bulls are in a reversal. The NEAR/USDT pair could rise to $14 later, where it could again face strong resistance from the bears.

Contrary to this assumption, if the price breaks and stays below the 20-day EMA, it indicates that the bears have the upper hand. The pair could decline to strong support at $8 later. The pair gained bullish momentum after breaking above the downtrend line but the relief rally is facing strong resistance at $12. The bears pushed the price below the 20-EMA but the bulls managed to defend the 50-SMA. If buyers push and sustain the price above the 20-EMA, the bulls will again attempt to clear the overhead barrier at $12. Alternatively, selling could intensify if the price breaks below the 50-SMA and the pair could drop to $9.50.

Future levels for the next altcoin XMR

Monero (XMR) has been correcting in a descending channel for the past few weeks. The bulls are buying the dips to $134 and trying to establish a fundamental pattern. This resulted in a consolidation of $134 to $188 for the past few days. The 20-day EMA ($164) has flattened out and the RSI is near the midpoint, indicating an equilibrium between supply and demand. This balance will shift in favor of buyers if it pushes and sustains the price above $188. This will complete the double bottom pattern with a target target of $242. However, the rally is unlikely to be easy as the bears are expected to form a strong defense at the resistance line of the channel.

Contrary to this assumption, if the price drops below $155, the bears will try to pull the XMR/USDT pair to $134. The 4-hour chart shows that the bulls have pushed the price above the downtrend line but cannot sustain higher. This indicates that the bears are aggressively defending this level. The moving averages are flattening and the RSI is just below the midpoint, indicating a balance between supply and demand. The short-term trend could turn in favor of the bears if the price drops below $155. Conversely, a close above the downtrend line might increase the likelihood of a possible increase in overhead resistance at $188.

WAVES at these levels

Popular altcoin WAVES formed a double bottom pattern at $8 and rose sharply to $21. The moving averages have completed a bullish crossover and the RSI is in the overbought zone, suggesting that the bulls have prevailed. The bears are having a tough fight around $20 but a positive point is that the bulls are not giving up much ground. If the price rises from the current level, it indicates that the bulls are buying on the dips. This will increase the likelihood of a retest at $21, according to the analyst. If the bulls push and sustain the price above $21, the WAVES/USDT pair could gain momentum and rally to $24 and then $27.

The 4-hour chart shows that the correction from $21 pulled the RSI from the overbought levels to just below the midpoint. The bulls bought the drop to the 38.2% Fibonacci retracement level at $16 and pushed the price back above the 20-EMA. If the price continues above the 20-EMA, the bulls will attempt to push the pair above the overhead resistance at $21. Contrary to this assumption, if the price drops from the current level and falls below the moving averages, it will indicate that short-term traders may be in a rush to exit. This could push the pair down to $14 and then $13.

A New Altcoin Is Coming to Binance: The Price Has Peaked!