Home Crypto Here are 4 altcoins worth keeping an eye on this week, and... 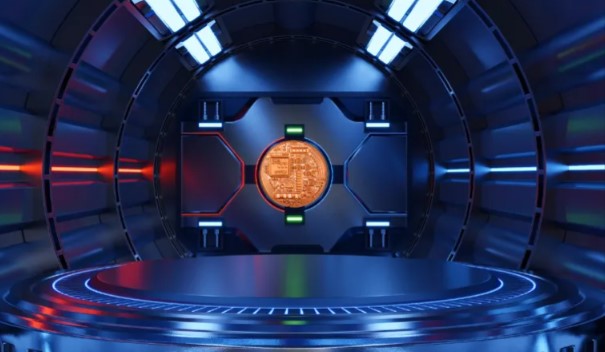 Bitcoin (BTC) and several altcoins traded in a narrow range over the weekend. So, what levels can be next? Here is analyst Rakesh Upadhyay’s analysis for BTC and 4 altcoins (DOT, APE, CAKE, XMR)…

What’s next for the leading cryptocurrency Bitcoin?

According to the analyst, on April 22, bitcoin fell below the psychological support of $40,000, but the bears failed to develop this advantage. The consistent formation of intraday candlesticks on April 23 and 24 indicates indecision between bulls and bears. The 20-day exponential moving average (EMA) of $41,150 has a downward slope, and the relative strength index (RSI) is in negative territory, which suggests that sellers have a slight advantage. If the bears fall and keep the price below $39,000, the BTC/USDT pair may fall to the support line of the ascending channel. The bulls are expected to defend this level strongly.

This shows that the bears are trying to turn the $40,000 level into resistance. The pair could drop to $38,536 if the price drops below $39,177. A breakout and a close below this level could open the doors for a decline to $37,000. Contrary to this assumption, if the price rises from the current level and rises above 50-SMA, the bullish momentum may strengthen and the pair may rise to 200-SMA.

What are the prospects of the altcoin Polkadot (DOT)?

Polkadot (DOT) has been trading near the upper resistance at $19 for the last few days. This shows that the bears are successfully holding the level, however, the bulls do not seem to have left much room for sellers. The bearish 20-day EMA at $19 and the RSI in the negative zone suggest that bears have a slight advantage. If the price falls and falls below $18, the probability of falling to a strong support at $16 increases.

“Conversely, if the bulls push the price above the $19 50-day SMA, the bullish momentum may strengthen and the DOT/USDT pair may rise to the upper resistance level at $23. It is expected that at this level the bears will make a strong defense,” he said. The 4-hour chart shows the formation of a descending triangle pattern, which will end with a breakout and close below $ 18. If this happens, the pair could drop to $17 and then to $16. If it is exceeded above this level, it is believed that you can see $23.

What does the analysis of the altcoin Monero (XMR) show?

Monero (XMR) corrects the upward movement. The price dropped from $290 on April 22, which suggests that the bears are seriously challenging the psychological level of about $ 300. The XMR/USDT pair may first fall to the 20-day EMA of $245, which is likely to be a strong support. If the price bounces strongly from this level, it will mean that bulls are buying on declines. Then the pair may try to break through the upper resistance at $300 again. If this happens, the pair could rise to $340. On the other hand, it is stated that the pair may fall to $215.

According to the last comment of the analyst, whose analysis we previously considered as Somagnews, the pair fell below 50-SMA, showing that the profit was fixed by short-term traders. If the price drops below $250, sales may accelerate and the pair may drop to $240 and then to 200-SMA. Any recovery could face sales on the 20th. Bulls will have to push and hold the price above the 20-EMA to show that the correction can be completed. Later, the pair may rise to $280, and then to $ 290.

Analysis of the APE/USDT pair

According to the analyst, the ApeCoin (APE) breakout from the symmetrical triangle figure on April 19 shows that the indecision between bulls and bears has been resolved in favor of buyers. The 20-day EMA at $13.67 has risen, and the RSI is in a positive zone, which indicates that the bulls are ruling. There is a slight resistance at $18.44, from where the APE/USDT pair fell on April 23. If the price bounces off the current level, the bulls will try to push the pair above $18.44. If successful, the pair can rise to $20, and then to $24.

The 4-hour chart presented by the analyst shows that the pair fell from $ 18, but recovered sharply after the 20th. This shows that the mood is positive and traders are buying on the falls. If the price remains above $17, the bulls will try to continue moving up. While the rising 20-EMA shows an advantage for buyers, the RSI has formed a negative divergence, suggesting that the positive momentum may weaken. “Sales may increase if the price drops from the current level,” says Upadhyay.

What’s next for the DeFi CAKE Altcoin project?

PancakeSwap (CAKE) recently bounced off the downtrend line, showing that the bulls are turning the level to support. The altcoin price has risen above the 20-day EMA and is struggling to reach the 200-day SMA ($11.52). The 20-day EMA at $8.69 and the 50-day SMA at $7.71 are gradually rising, and the relative strength index is in positive territory, which indicates the predominance of bulls. If buyers hold and support the price above the 200-day SMA, the CAKE/USDT pair may rise to $13.50, and then to $ 15.

If the price rises from the current level or the 20th, buyers will try to push the pair above the psychological level of $ 10. If they are successful, the pair can gain momentum. Contrary to this assumption, if the price falls from the current level, the bears will try to push the pair below the 20-EMA. If this happens, the pair may slide to 50-SMA, and then to 200-SMA. A breakout and a close below this support may indicate that the bears are back in the game.

An important step from a leading cryptocurrency company!

Elon Musk and Jack Dorsey will talk Bitcoin tomorrow! What will...