Home Crypto Here are 4 Altcoins to Watch This Week and Predictions with Levels! 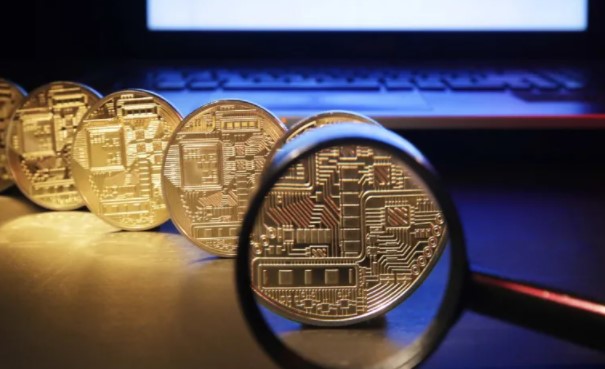 Analyst Rakesh Upadhyay provides detailed level predictions on four of the popular altcoin projects. The altcoin projects that are the subject of these predictions, which we, as Kriptokoin.com, will also focus on, are respectively: DOT, SAND, RUNE and ZEC.

According to the analyst, the technical setup of BTC shows a potential bullish trend and the charts show that DOT, SAND, RUNE and ZEC will be the first to benefit from any bullish price action. Bitcoin (BTC) was relatively quiet over the weekend, suggesting that traders were cautious and not placing big bets ahead of the Federal Open Market Committee meeting on March 15 and March 16. Could the crypto markets start a directional move in the near term? Let’s examine the top 4 altcoin projects that can participate in a rally if it feels bullish.

Bitcoin formed a Doji candlestick pattern on March 12 and Sunday, showing indecision between the bulls and bears. The price is stuck between the 20-day exponential moving average ($39,810) and the horizontal support at $37,000. If the price rises and breaks above the 50-day simple moving average (39.978), the bulls will attempt to push the BTC/USDT pair above $42,600. If successful, the pair could rally to $45,400 and later to the resistance line of the channel. Conversely, if the price declines and dips below $37,000, the bears will smell an opportunity. Sellers will then try to push and sustain the pair below the support line of the channel. Such a move could pave the way for a possible drop to $30,000.

How are the estimates for the DOT?

Polkadot (DOT) has been in a downtrend for the past few months but the bulls are trying to form a bottom in the region between $16 and $14. The price climbed above the 20-day EMA ($17), but the bulls failed to break the hurdle at the 50-day SMA ($18). However, a positive sign is that the bulls are not giving up too much from the 50-day SMA. This indicates that traders can hold their positions by anticipating a break above the resistance. If this happens, the DOT/USDT pair could rise to the overhead resistance at $23, where the bears could pose a tough challenge again.

If the DOT price drops from the 50-day SMA, the bears will try to push the pair below $16. If successful, the pair could retest the critical support at $14. The 4-hour chart shows the pair fluctuating between $16 and $19. The failure of buyers to push the price above the overhead resistance may have pulled short-term traders into profit booking. This pushed the price to the 50-SMA. If the price rises above the 200-SMA, it will show that the bulls continue to buy on the dips. Buyers will then try to push the price back above the overhead resistance at $19. If they do, the pair could rally to $20 and then skyrocket towards $23.

The popular altcoin Sandbox (SAND) has been range-bound between $2.55 and $4.86 for the past few weeks. The bears pushed the price below the 200-day SMA ($3.15) on March 4 but failed to break the support at $2.55. This indicates accumulation near the support of the range. The RSI is showing signs of a positive divergence, indicating that the bearish momentum may weaken. If the price rebounds from the current level, the bulls will try to push the SAND/USDT pair above the 200-day SMA. If this happens, the pair could rally to the 50-day SMA ($3.51). A break and close above this resistance could open the doors for a possible rally to $4.50 followed by $4.86.

This bullish view will be invalidated in the short term if SAND price declines and drops below $2.55. This may suggest a resumption of the downtrend. The 50-SMA is acting as a stiff resistance on the 4-hour chart. If the bears sink the price below $2.70, the pair could drop to solid support at $2.55. A break and close below this level could show the advantage for the bears. To reject this view, the bulls will need to push the price above the 50-SMA and $3 zone. If this happens, the pair could rally to $3.42, where the bears could form a strong defense again.

These levels for the next altcoin RUNE

THORChain (RUNE) broke above the moving averages on March 1 and successfully defended the level during the retest on March 8. The bulls will now try to push the price towards the 200-day SMA ($7.90), where the bears could pose a strong challenge again. If the price doesn’t give up too much from the 200-day SMA, the bulls will make another attempt to break through this hurdle. If they are successful, the RUNE/USDT pair could rise to $9. Alternatively, if the price drops from the current level, the 20-day EMA is the important level to watch out for.

A strong rebound from this level shows that bullish sentiment remains intact, while a break below it could result in a drop to $4. The 20-EMA on the 4-hour chart is inclined and the RSI is in the positive zone, indicating that the bulls have the upper hand. The pair could now rise to the overhead resistance at $7, where the bears will try to stop the upside move. Alternatively, if the price declines from the current level, the pair could drop to the 20-EMA. If the price bounces back from this level, the bulls will try to continue the uptrend. The bears will have to push and sustain the price below the 20-EMA to indicate a change in the short-term trend.

The bulls are back in the game at ZEC

Zcash (ZEC) broke and closed above the $135 resistance, which completed the double bottom formation on March 8. This was followed by a break above the 200-day SMA ($145) on March 10, signaling that the bulls are back in the game. The bears are currently trying to push the price below the 200-day SMA and challenge the $135 breakout level. This is an important level for the bulls to defend, as a break below this could indicate that the last break could be a bear trap. The ZEC/USDT pair could then drop to the 50-day SMA ($114). If the price bounces back from the current level or $135, it indicates that the sentiment is positive and traders are buying on the dips. The bulls will then try to push the pair above $160 and continue the upward move.

On ZEC, the bears pushed the price below the 20-EMA on the 4-hour chart but were unable to sustain lower levels. This shows that the bulls continue to buy on every small dip. The bulls will now try to push the price above $160 and continue the uptrend. The rising 20-EMA and RSI in the positive region suggest the path of least resistance is up. Contrary to this assumption, selling could pick up momentum if the price drops from overhead resistance and drops below $143. The pair could then decline to the critical support at $135.

Ethereum Gets Base Rate Update and More Limitations