Home Crypto Here are 4 Altcoins and Predictions You Should Watch This Week! 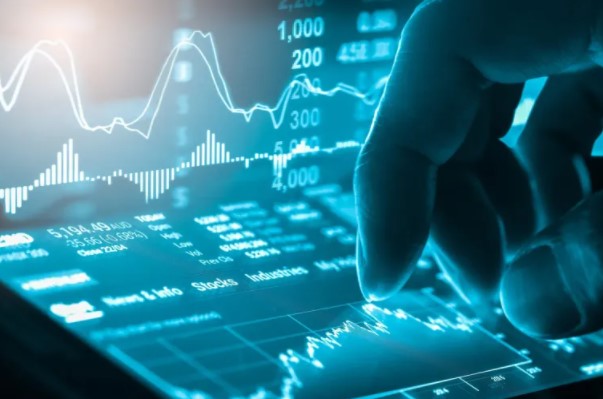 What’s going on with Bitcoin?

Bitcoin (BTC) broke above $42,000 on March 19, but the bulls continue to face a strong challenge from the bears at higher levels. But select altcoin projects are showing strength as Bitcoin battles for higher highs. Can Bitcoin stay above the psychological level at $40,000 and will this shift focus to altcoin projects? Let’s examine the charts of the five most notable cryptocurrencies to find out.

BTC is facing resistance around $42,594, which suggests traders are cautious at higher levels. The price may now slide towards the moving averages, which is an important support to watch out for. If the price bounces off the moving averages, it indicates that the bulls are not waiting for a deeper correction to buy. This can increase the likelihood of a breakout and close above overhead resistance. If this happens, the BTC/USDT pair could rally to $45,400 and then to the resistance line of the ascending channel.

Contrary to this assumption, the pair could slide towards $37,000 if the price declines and falls below the moving averages. A bounce from this support would suggest that the pair could remain range-bound between $37,000 and $42,594 for a few days. The bears will have to push and sustain the price below the support line of the channel to signal the resumption of the downtrend. The 4-hour chart shows the bears holding the overhead resistance at $42,594. If the price bounces back from the 20 exponential moving average, the bulls will try to push the pair above the overhead resistance. If they do, the pair could rally towards $45,400.

Terra’s LUNA token rebounded from the 20-day EMA ($86) on March 18, showing strong buying at lower levels. Both moving averages are rising and the relative strength index (RSI) is in the positive territory, indicating an advantage for buyers. If buyers hold and sustain the price above $96, the LUNA/USDT pair could challenge its all-time high of $105. A break and close above this resistance will suggest a resumption of the uptrend. The pair could rally to $115 and then $125.

Alternatively, if the price declines from $96, the pair could drop back to the 20-day EMA. A break and close below this support could indicate weakening of the bullish momentum. The pair could slide into the strong support zone between $75 and $70 later. The pair is consolidating between $85 and $96. Although the bears pushed the price below $85, they were unable to sustain lower levels. This indicates strong buying on the dips. Both moving averages cross each other, suggesting range-bound action in the near term.

If the price rises above $96, the advantage will shift in favor of buyers and the pair could rally to $105 later. Conversely, if the price declines from $96, the pair could drop to the moving averages and then to $85. The bears will have to push and sustain the price below the $85 to $82 support zone to signal the start of a deeper correction.

AVAX broke above the downtrend line of the descending channel on March 18 and closed, signaling a possible change in trend. However, the bears have other plans and are currently trying to push the price below the breakout level. If the price drops from the current level but bounces back from the downtrend line of the channel, it indicates that the breakout is valid. This increases the probability of a rally from $100 to the psychological level. The ascending 20-day EMA ($78) and the RSI in the positive zone are giving buyers an edge. Conversely, if the price re-enters the channel and breaks below the moving averages, it will indicate that the recent breakout was likely a bull trap.

The 4-hour chart for Avalanche shows that the rise above the channel has pushed the RSI into the overbought territory. This may have resulted in profit booking from short-term traders. The pair could now drop to the 20-EMA, which is likely to act as a strong support. If the price bounces back from this level, it means that the sentiment is up and traders are buying on the dips. This will increase the likelihood that the upward move will continue. Conversely, a breakout and convergence to the channel could indicate weakening of the bullish momentum. This could push the pair to the 50-SMA.

Ethereum Classic (ETC) gained momentum after it broke and closed above the downtrend line. Strong buying pushed the price near the firm overhead resistance at $38. If the price declines from the current level, the ETC/USDT pair could drop to $32. The 20-day EMA ($28) has started to rise and the RSI is in the overbought zone, giving buyers an advantage. If the price fails to leave much ground above the current level or recovers strongly at $32, the bulls will again attempt to break the overhead barrier at $38. If they are successful, the pair could rally to $45 and then to $50. Alternatively, if the price declines and dips below $32, the next stop could be the 20-day EMA.

EGLD is our latest altcoin project

Elrond (EGLD) broke above the moving averages on March 15 and closed, which indicates that the bulls are trying to make a comeback. The bears are trying to push the price below the moving averages, but the bulls thwarted their efforts. The 20-day EMA ($151) has started to gradually rise and the RSI has moved into the positive territory. This indicates that the path of least resistance is up. If buyers push the price above $169, the EGLD/USDT pair could extend its upward move to the psychological level at $200. Bears are expected to make a strong defense at this level.

This positive view will be invalidated if the price drops and breaks below the 20-day EMA. For EGLD, such a move would suggest that the recent break above the 50-day SMA ($155) could be a bear market rally. The pair could drop back to $125 later on. The bulls pushed the price above the overhead resistance at $160, but the bears quickly dragged the price down and tried to trap the aggressive bulls. The bears did not develop this advantage, although the price slumped below the 20-EMA. The bullish momentum could catch a break and close above $169.