Home Entertainment Henry Winkler says the 4th season of “Barry” will be the last... 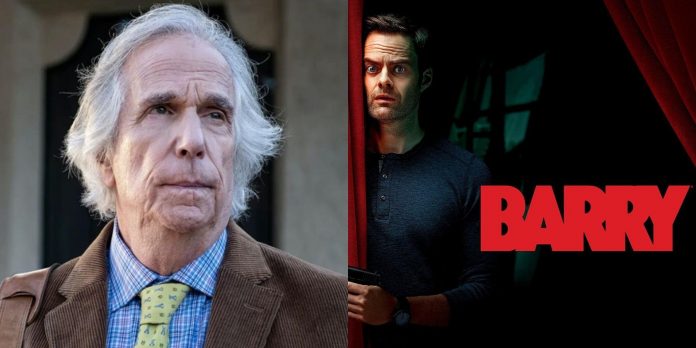 On September 12, the Emmy Award ceremony was held, and the stars flooded the red carpet. Along with this, there was an opportunity to give an interview on the red carpet, and Henry Winkler, one of the stars of “Barry”, decided to reveal key information about the production of the popular HBO series.

Barry’s third season ended on HBO back in June. The third season turned out to be a major shake-up of the status quo: Barry (Bill Hader, also one of the creators of the show) was finally caught for his misdeeds and sent to prison. His handler Fuches (Stephen Root) also ended up in prison, having accepted the lie that he was the infamous Chechen killer known as “The Raven”. Meanwhile, No-Ho Hank (Anthony Carrigan) ended Barry’s third season on an ambiguous but gloomy note, as did Sally (Sarah Goldberg).

As Winkler walked the red carpet, Variety stopped him for an interview. The interviewer asked him how long he thought Barry would be able to continue, and the actor held up four fingers and simply said, “Four.” Explaining his reasoning, he said: “Because Bill [Hader] and Alec [Berg] never try to stretch. Now I don’t mean how to stretch to be better, I mean they never try to stuff something that isn’t […] they don’t want to force it.”

The interviewer asked Winkler if he wanted it to end so soon, and Winkler said no, joking that he would be an actor on the street again, looking for a job and holding a sign around his neck. To this, the interviewer joked that Winkler could wear his Emmy around his neck instead. It was a reference to his previous win over Barry and his latest nomination for Outstanding Supporting Actor in a Comedy Series, for which he competed with fellow film star Barry Carrigan.

Ending the show on season four may seem a little premature, but it may turn out to be a wise move. Barry matured and grew with each season, and Hader and Berg skillfully created a series with increasing tension as Barry tried to hide his identity as a murderer, while at the same time being a rising star as an actor. But, given the finale of the third season, it’s clearly time for Barry to come face to face with music.

The fourth season of “Barry” is likely to air sometime in 2023 on HBO.