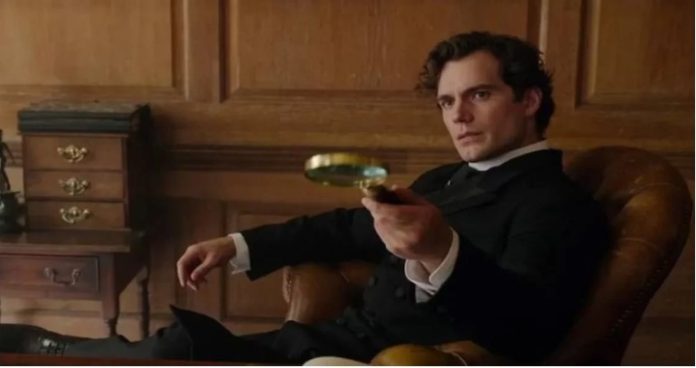 Henry Cavill really likes to get used to the image. The role of Sherlock Holmes has been brought to life by several actors over the years, but paying tribute to her is not an easy task. The creation of Sir Arthur Conan Doyle in 1887 remains an eternal classic, so any remake requires careful attention to every detail so that the viewer is transported to the past while watching.

The same is the case with Enola Holmes. Millie Bobby Brown and Henry Cavill in the lead roles may be centered around Sherlock’s sister Enola, but his character nevertheless remains important. Cavill, who likes to immerse himself in his work, tells what inspired him to play a detective in this film.

Enola Holmes 2 is set in the decade of the 1880s. It’s becoming increasingly difficult to rethink and remake the magic of the Victorian era these days. Henry Cavill was helped by the details of the film’s scenery. In an interview, he described what it was like to shoot, especially at 221B Baker Street. The actor was clearly fascinated by the scenery and how they transport you to another period. “This is an unusual place filled with all sorts of devices, devices and things that you will find in the museum.” There were so many details that some of them were not even included in the film’s editing.

The Witcher actor spoke in detail about how he loitered around the set even during a break, found solace and said: “I would just relax there and soak it all in.” The apartment on Baker Street is supposed to be Sherlock Holmes’ home, where he spends all his research and random antics. This is the place where many film adaptations of Holmes were filmed. So, the creators of “Enola Holmes” recreated this scenery for the film when they showed the story of Sherlock.

After the success of the first part, Enola Holmes 2 was released on November 4, 2022. It has become even more successful than the first part. Now you can stream the movie on Netflix.