Home Celebrity Henry Cavill Struggled To Do The Same To The Iconic Bathtub Scene... 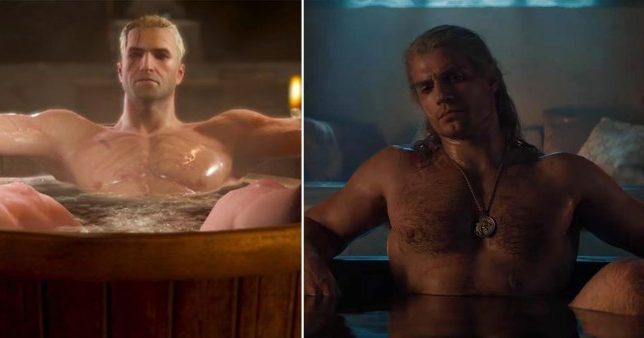 British actor Henry Cavill said in an recent interview that Geralt was trying to lift his feet to the end of the bathtub to make the iconic bathroom scene in Witcher III, but was not successful in that.

Whether or not you are familiar with The Witcher universe, you surely coincided with the iconic image of Geralt of Rivia, the main protagonist of the story, in the tub. Of course Netflix recreated this scene in The Witcher’s live action adaptation; however, a small detail was missing in the scene in question: Geralt’s feet leaping out of the tub.

Speaking to BBC Radio 1, Henry Cavill said that Geralt, who gave life in the series, wanted to take his feet out of the tub to copy the iconic bathtub scene in The Witcher 3: Wild Hunt. However, he stated that he could not do this due to the size of the bathtub.

The famous bathtub scene in The Witcher 3: Wild Hunt
After all, fans really liked that Netflix didn’t skip this iconic scene. Geralt’s famous bathroom scene was first depicted in the novels; However, Cavill says video games are the real reason why the scene is featured in the drama.

This is the bathtub scene in The Witcher series
At the end of the day, I think it wouldn’t be wrong to say that The Witcher series was highly appreciated. Because the numbers confirm this. According to Netflix, The Witcher has been watched by 76 million users so far. With its original storytelling, production design and marvelous use of special effects, Netflix seems to have surpassed expectations, effectively building the iconic universe.

The Witcher, which made history as the most watched Netflix series in the first season, will continue its adventure in 2021. We will share with you the details of the second season of the fantastic series. You can watch the first season trailer of The Witcher below.