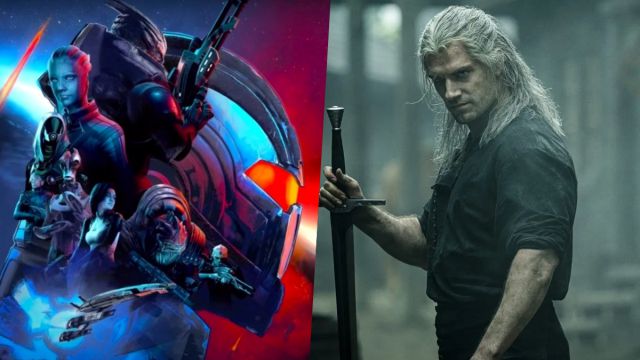 The actor, who plays Geralt de Rivia in the Netflix series, has posted an enigmatic photo on Instagram. An image that actor Henry Cavill has posted on Instagram has been the subject of conversation in recent hours.

And it is that the interpreter, known mainly for his roles in Superman productions and in the Netflix series The Witcher, has anticipated a new project. Although the photograph does not seem to hide anything strange (it shows Cavill in a hairdressing session), the spotlight has been focused on the script that he is holding in his hands. Although the words are out of focus, when using software on it, words related to Mass Effect have been discovered.

“Secret project?” Cavill writes in that same post. “Or just a bunch of papers with random words on it … I guess you’ll have to wait.” Among the words that have been found are Cerberus, Tali’Zorah and Geth, unmistakable terms for anyone who has played BioWare titles. According to PC Gamer, the text is incomplete, but corresponds to a paragraph that appears on the Mass Effect 3 Wikipedia page.

What will be will be?

So far what has been rescued from photography. Beyond that, everything is speculation, although considering that Henry Cavill works on a Netflix series, who cannot imagine an audiovisual product linked to the BioWare saga? It’s too early to say anything, so we’ll take the actor’s words at face value and wait for what needs to be revealed.

BioWare, for its part, focuses its efforts on both the new installment of Mass Effect and the next Dragon Age. The Canadian company has just announced the cancellation of Anthem Next, a new version of the previous game that was in development for a few months after the launch of the base title. EA has decided to cut their losses in order for the team to reinforce the new Dragon Age.