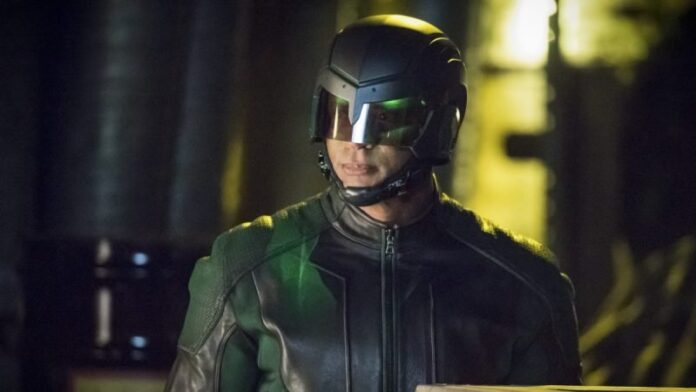 When the Green Arrow series came to an end in the Arrowverse, longtime viewers finally received a reward from John Diggle’s fate as the Green Lantern.

While the Arrow story ended, Ramsey’s time in the Arrowverse definitely did not. Not only will he direct 5 episodes across the entire franchise, but John Diggle will also appear on various shows like The Flash, Legends of Tomorrow, and more.

One of the corners of the DC Universe that the Arrowverse doesn’t explore frequently is adventures in space. While alien races have been present in the franchise, it is primarily on Earth that these stories are played out.

Now that John Diggle is becoming more or less a Green Lantern. Oa now has a natural way to join as Diggle would obviously have to be initiated into the Green Lantern Corps. setting more space stories to the Arrowverse.

John Diggle as Green Lantern is something that has to come true. Since he now lives in Metropolis with his family, Superman & Lois would be the right show to have space stories in the Arrowverse.

After nearly a decade of telling various stories, it’s time for the Arrowverse to start exploring outer space on a bigger level that includes John Diggle as the Green Lantern.

See Also
The best parents the superhero chain can show

Kendall Jenner shared a bikini photo on the beach: “I wanna...