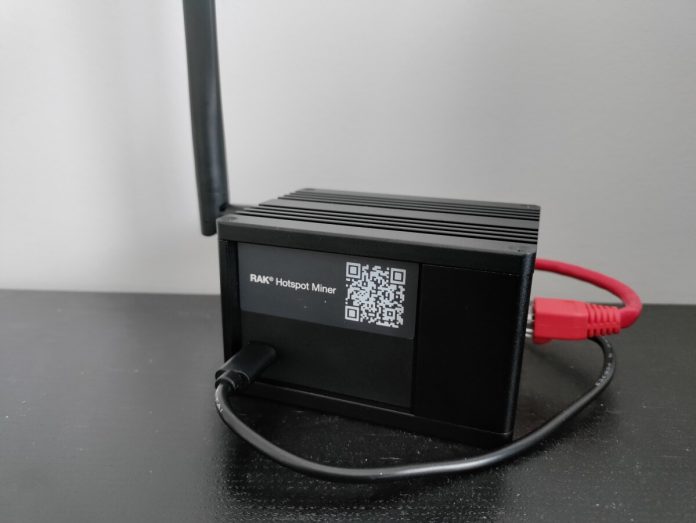 Helium: used RAK Hotspot Miner v2 unboxing and installation – Video To join the Helium network, a decentralized and blockchain-based Internet of Things network, you need to have one of the compatible access point devices, aka “hotspot” devices. RAK Hotspot Miner v2 is one of such devices and is currently the most ordered product. So much so that the vendor of the device, Calchip Connect, has stopped sales for the USA, Europe and Australia. There is a waiting list for other regions. The RAK Hotspot Miner v2 device has recently arrived.

When we look at the box of the RAK Hotspot Miner v2, which is used for mining HNT cryptocurrencies via Helium, we see a card that serves as a power adapter, antenna and quick start guide next to the hotspot device. This card is important, you need to write some information on it and keep them.

Follow the steps below to install the RAK Hotspot Miner v2:

Then there is a synchronization process that takes up to two days. During this time, RAK Hotspot Miner v2 will be downgrading the blockchain to local. During this time, you may feel that the device is getting a little warm. However, it should be noted that the temperature is very low in normal time.

You can access your wallet, hotspot status and various settings through the Helium app. After the synchronization of your device is finished, you will see a green indicator in the form of “Synced” in the application. In some cases, you may see a yellow sign that says “Relayed”. This means that the connection is not fully established. You can complete the necessary settings by entering the port forwarding section in the modem settings.

What you need to do before installing RAK Hotspot Miner v2

By the way, before installing RAK Hotspot Miner v2, make sure to get the highest possible speed package from your internet service provider. Also request a static IP. You can use the Wi-Fi connection, but a wired connection via the Ethernet port will be much more stable.