Home Entertainment Helen Mirren in Fast X Sets Up the Return of Another Fast... 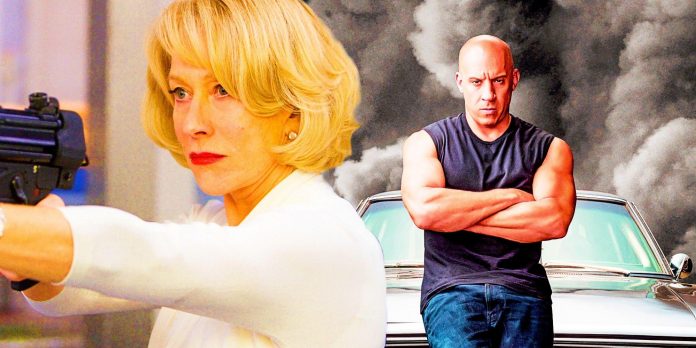 Helen Mirren’s long-publicized return to Fast X signals the possibility of Jason Statham returning to the franchise. Fast X has a very large cast, but it also faced the departure of the cast and crew. Dwayne Johnson, as it is known, left the central series “Fast and Furious” due to his feud with Vin Diesel, while director Justin Lin also left the production, and was replaced by Louis Leterrier.

Jason Statham is not officially listed in the cast of Fast X, but the previous F9 also made his presence a surprise before the scene in the end credits. In this scene, Shaw comes face to face with Han (Song Kang) for the first time after trying to kill him, which clearly forces the two to somehow bury the hatchet in the future Fast Saga. As a result, the return of Helen Mirren’s Magdalene in “Fast and Furious X” hints that the film may be exactly where this is happening.

Since the F9 end credits sequence, in which Shaw and Khan were equally a surprise to both the former villain and the audience, leaving this scene unresolved in Fast X would be an awkward and somewhat anti-climactic twist. Without a clear time frame for “Hobbs and Shaw 2,” the decision for Shaw and Khan should happen either in the main series of “Fast and Furious” or postponed until the release of the spin-off sequel. Simply excluding the Show from Fast X would mean such a delay, but it would also cause the audience to freeze, and many were waiting for #JusticeForHan.

The Shaw family has become more significant in the Fast and Furious series: Deckard’s brother Owen (Luke Evans) was a villain in Fast and Furious 6 before the two became antiheroes in The Fate of the Furious, and their sister Haddie (Vanessa Kirby) joins Hobbs & Shaw. Mirren’s return to Fast X shows that the Show’s family tree is still an important part of the series, which further hints at Deckard Shaw’s return to the film and makes it more important with his meeting with Khan in F9.

Marvel Snap Developer Talks about Disney’s Participation in the Game

Paper Girls: Watch the first trailer for the film adaptation of...