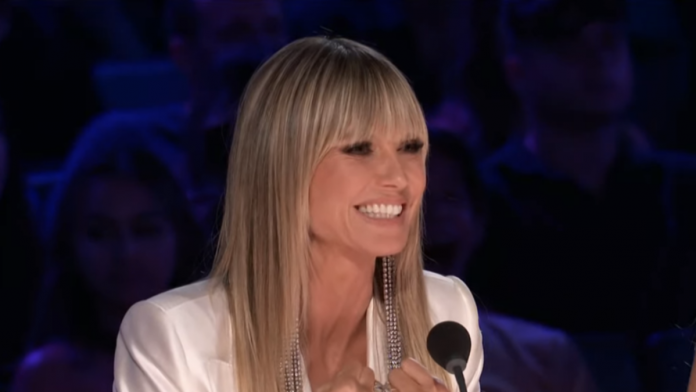 The competition in the 17th season of America’s Got Talent is tougher than ever, and the qualifying round is almost over to decide which contestants still have a chance to win $1 million and a stage show in Las Vegas. Every live show so far has brought back a golden winner, and in the August 30 episode, singer Lily Meola returned, who was so good at her audition that she changed her mind to judge Heidi Klum. Meola ended the evening with another original song, and after the broadcast, Klum shared what she disagreed with from the review of fellow judge Simon Cowell.

Simon Cowell is often critical of participants who choose to listen to original songs rather than covers, and covers can certainly blow the roof off a building. Just last week, his golden buzzer Sarah James performed Elton John’s “Rocket Man” so brilliantly that I may have to rethink my ranking of buzzer winners who are most likely to win in season 17. In this case, Cowell actually praised Lily. Meole for choosing the original, and said that her new song called “Butterfly” was “much better” than her listening song, and this is something Heidi Klum disagrees with.

Heidi Klum spoke to CinemaBlend and other media outlets immediately after the August 30 episode of America’s Got Talent, and she mentioned Simon Cowell’s comments while opening up her thoughts on how Lily Meola sings original songs:

I think it’s so important. That’s why before she started singing, I said that a lot of people come and sing other people’s hits, but how great is it when you create your own hit? And I feel like we’ve seen it with Chapel Hart. We saw it with Drake [Milligan]. It’s brave. But I feel like if you then hit a home run, how much more amazing would it be? I don’t agree with what Simon said when he said her last song wasn’t as good as the song she performed today, the butterfly song. I still love the first song she sang as much as the one she performed today. I think she’s really a very good writer. I think she is very complex in her voice and in the way she writes.

Heidi Klum certainly has a right to the fact that the original songs take the performers quite far on AGT; two of the three vocalists who have already reached the finals have performed original songs. Chapel Hart even, according to them, became “more audacious” for his second song, while Drake Milligan took advantage of the success of the first original on the show with another hit of his own. Lily Meola’s first song, called “Daydream”, was obviously good enough to earn a golden buzzer, and Klum disagrees with Simon Cowell that “Butterfly” is a step up from her listening.

Since Lily Meola was the last performer of the evening and the episode was live, the judges didn’t have time to joke and argue a lot right after she finished her song, so Heidi Klum’s comments shed some light on what the audience didn’t understand. hear it at the end of the broadcast. While Sofia Vergara was complimenting Meola, Howie Mandel (who shared his thoughts on another competitor affecting ventriloquist Jack Williams’ chances) thought she might not have achieved enough success to beat all the competitors that night.

If you missed it, watch Meola’s rendition of “Butterfly” and decide for yourself:

Whether her AGT journey is over or not will be decided in the results release on Wednesday, August 31, at 8:00 p.m. ET on NBC. There’s only one qualifying round left before America’s Got Talent finals, and fans have yet to see Sofia Vergara’s golden buzzer, so the Mayyas dance group is still on the way. Wild Card winner Jordan Conley will also get a second chance after winning the audience vote.

New editions of America’s Got Talent continue to air Tuesdays at 8 p.m. ET on NBC until mid-September. To find out about the shows that will return in the fall after the summer break, be sure to check out our schedule of TV premieres for 2022!

The Netflix avatar can show both sides of the bend (which...