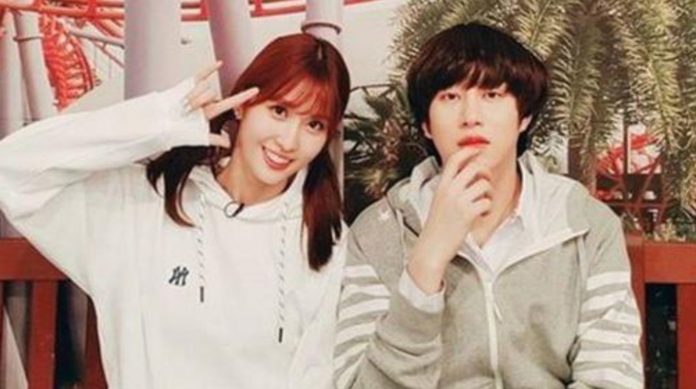 HEECHUL WANTS TO MARRY MOMO? REVEALED HIS WEDDING PLANS. The idol has sincere and said all his feelings about his future love plans. At the beginning of the year the news between Super Junior’s Heechul courtship with Momo de Twice left K-pop fans very excited.

Heechul has said on several occasions that he would very much like to marry and start a family, because that is his plan for life in the future, the idol has opened his heart, which is very difficult in the world of Korean entertainment, because of the position Of the idols, international fans accept and celebrate more the fact that an idol has a marriage partner, but it is not the same as they perceive it in South Korea.

The Super Junior member commented during the ‘My Little Old Boy’ program that belongs to the SBS television network, that he would like to get married before his parents were older and Heechul said he had always wanted to be an idol all his life and that he had always thought about staying that way, but now he wants to formalize and make his wedding a reality.

Super Junior members said they wanted to get married before they were 40 years old.

The relationship between Heechul and his mother is really close, she herself has said that she wants her son to have marriage plans soon since he is at an age to do so, quickly netizens linked these statements with the love relationship that the idol has with Momo.

Meghan Markle smiles: she begins her new life in Canada!

BLACKPINK and Lady Gaga collaboration already has a release date