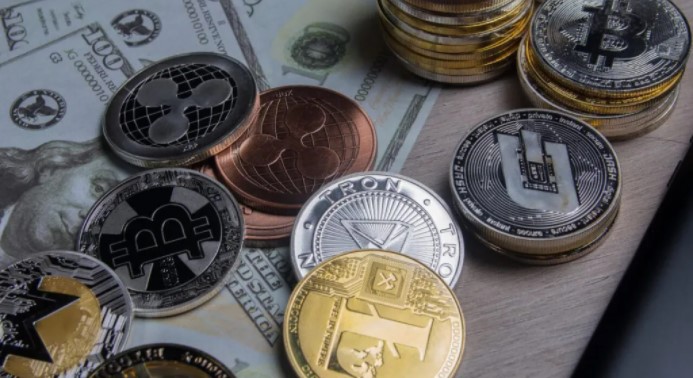 Kyle Samani, managing partner and co-founder of crypto hedge fund Multicoin Capital and early Solana (SOL) investor, explains why he thinks the next bear market will break from the previous one, and shares 3 altcoin projects that could surpass Bitcoin.

A brief look at the crypto market

There are increasing signs that the crypto market may enter a prolonged period of decline. Trading at $48,677 on Tuesday afternoon, Bitcoin is down nearly 30% from its all-time high of around $69,000. Ethereum, which has risen more than fivefold this year, also struggled to break above the $4,000 level.

The bearish sentiment in the market pushed the Grayscale Bitcoin Trust (GBTC), the world’s largest Bitcoin fund, to an all-time high of 21.36% on Friday. Reflecting the difference between GBTC’s share price and the underlying value of Bitcoin assets, the discount narrowed slightly to 20.29% on Monday. Elsewhere, after 17 weeks of consecutive entries, crypto investment products saw their debut at $142 million in the week ended Dec. 17, according to CoinShares’ weekly report of digital asset fund flows.

With the Federal Reserve’s hawkish slide towards monetary tightening and potential rate hikes next year, many have begun to question whether a crypto winter characterized by prolonged downward price volatility is coming. Kyle Samani, managing partner and co-founder of crypto hedge fund Multicoin Capital, has begun to think about bear markets in digital assets very differently after witnessing all the technological breakthroughs in the $2.3 trillion industry last year.

According to him, the crucial distinction between the crypto winter of 2018 and the next downturn whenever it happens is due to what magnified 2017 and what stifled crypto in the past year. In an interview, referring to many initial cryptocurrency offerings and token sales based on nothing but white papers, he made the following assessment:

The fact that nothing works for the hype in 2017 was basically confirmed. This time, that’s not true. This time everything works. There is a real benefit and you can see the value in it.

According to Bloomberg, citing PitchBook data, the industry’s value creation has been recognized by venture capital investors, who poured a record $30 billion into crypto investments in 2021, or almost four times the previous record of $8 billion in 2018.

However, most of these investments went not to Bitcoin but to decentralized finance (DeFi), Non Fungible Token (NFT) platforms, metaverse-related projects, and blockchain-based gaming companies. This could lead to a scenario where the native tokens of Bitcoin performance and other projects start to diverge. According to CoinGecko pricing, Terra (LUNA) is up 32% over the past two weeks, while Bitcoin (BTC) is down 3.2%, and some would say divergence has already occurred. Kyle Samani shares his views:

I think we will continue to see Bitcoin behaving differently from the rest of the market. Traditional views of crypto have been that other assets benefit from BTC or simply have higher beta. Now these entities all do different things and have different functions and different benefits.

3 altcoins that could surpass Bitcoin

To be sure, Kyle Samani says he is ‘optimistic we are not seeing the best’ for major crypto assets, but thinks the world in general will continue to learn about crypto through a forward-looking technology and software lens:

I find it hard to believe there will be a bear market where Bitcoin drops 70% and everything else drops 80% or more. In my opinion, it is not possible for this structure of a bear market to occur.

Instead, Multicoin Capital has bet on crypto assets that it expects to continue to outperform and diverge from Bitcoin due to its strong fundamental technological fundamentals. One is the Layer-1 protocol Solana (SOL), which Kyle Samani believes is the blockchain best positioned to support highly composable applications. Prior to the launch of Solana, the hedge fund led all three of its funding rounds in 2018 and 2019. According to CoinGecko data, the SOL token has skyrocketed by 11.349.6% over the past year.

Another example is the Helium (HNT) Blockchain, which leverages an individually owned, decentralized network of hotspots to connect the low-power internet of things to the internet. The network has recently expanded to 400,000 hotspots. The altcoin price has increased by 2,416.7% last year. Kyle Samani is also bullish on The Graph (GRT), which allows users to query data from their blockchain. He sees the indexing protocol as a broad-based index to the growth of the entire crypto ecosystem.

Every time someone writes to a database, you can read from the database 100 times or 1,000 times. If I put a photo on Instagram and I have 1000 followers, you write once, but you read a thousand times. So Graph really focuses on scaling reads. As you see more and more different types of Blockchains grow and evolve, the protocol that seems to be gaining market share for most of these things is Graph.

According to CoinGecko, the GRT token fell 6.6% last year, but the altcoin rose 17% last week.