Home Tech Heavy posting from Telegram to WhatsApp: ‘It’s not our business’ 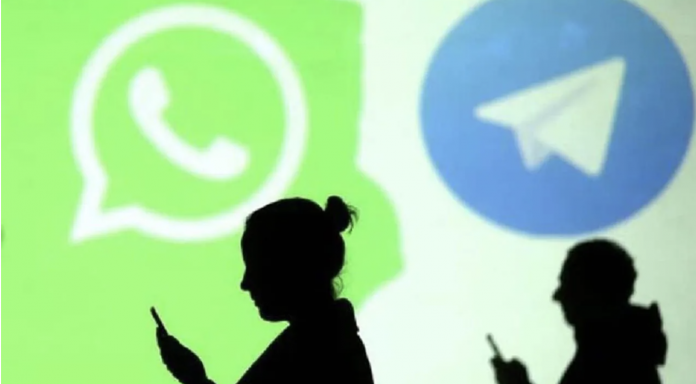 Telegram has rolled out the 8.0.1 update. Adding features that will increase the chat experience, the company also made a reference to its competitors.

Celebrating its 8th anniversary at the beginning of September, Telegram equipped the application with innovations such as unlimited live broadcasting, flexible forwarding, and jumping to the next channel in honor of its new age. The popular messaging platform introduced new features developed to increase the messaging experience of users.

Telegram 8.0.1 update brought features such as theme setting and interactive emoticons for individual chats. Developing an innovation for groups, Telegram has started to allow viewing of read receipts. Announcing this development on its web page, the company once again made fun of its competitors with a statement it added to the release notes.

Telegram is ambitious: It’s not our job to keep track of everything

As is known, in most instant messaging applications such as WhatsApp, read receipts can be displayed both in individual chats and in groups. However, Telegram did not support this feature in group chats until now. More precisely, you could see that the message was read when you sent it, but you could not learn the details of who read it.

The new update introduced by the company brought detailed read receipts to groups, which will only be stored for 7 days. Announcing this innovation in the update notes, Telegram referred to its competitors by saying, “It is not our job to keep track of everything.”

Although the company does not specify a target directly, it is clear that it is referring to its biggest competitor, WhatsApp. Because WhatsApp does not automatically delete read receipts after 7 days. It is also worth remembering that there has been a tough friction between Telegram and WhatsApp lately.

WhatsApp launched the chat transfer feature from iOS to Android last month. Based on this, Telegram asks, “What year are we in?” He criticized his opponent by sharing a post in the same manner. The rivalry between the two has moved to a different dimension with Telegram’s new statement.

Telegram users can customize their chats with functions such as Chat Folders and Animated Backgrounds already in the application. For example, the colors of the speech bubbles can be changed, and it is also possible to set a different background for the chat screen. With its new update, Telegram has added 8 new themes to the platform that will be valid for individual chats.

To use chat themes in Telegram app, first click on Chat Header. Then tap the Change Colors button and choose one of the options that appear.

One of the important innovations that came with the Telegram 8.0.1 update was ‘interactive emoticons’. Interactive emoticons that work similarly to chat effects developed by Apple for iMessage; It can be used both on the phone and in Telegram on the computer. You can animate emojis such as hearts and likes and send them to the other person in the form of animation. With this feature, the company aims to better convey the emotions of users to each other.

The new Telegram update has closed an important gap. It will now be possible to see the read receipts in detail in all groups. Group messages will be marked as read (✓✓) as soon as they see another member. By pressing and holding the message you sent, you will be able to see which member has read your message.

According to Telegram’s statement; To protect users’ privacy, read receipts in groups will be deleted 7 days after the message is sent.

In the Telegram application, administrators in their groups can open a group video call or perform a live broadcast. All broadcasts made so far were automatically deleted after they ended. This situation caused the kidnappers to not be able to watch that broadcast again.

With the Telegram 8.0.1 update, it will now be possible to record live broadcasts and video chats. Administrators can start a recording from the Live Broadcast or Video Chat menu with Video & Audio or Audio Only recording options. When you record a video, you must first choose a Portrait or Landscape orientation. After finishing the recording or ending the broadcast, the file is instantly uploaded to your Saved Messages.