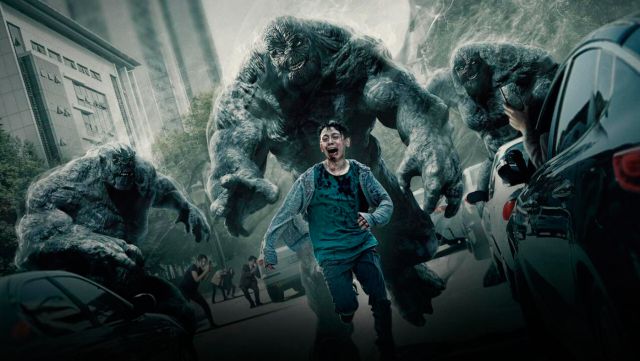 Heading To Hell: Netflix receives one of the last sensations from Korea after The Squid Game with a dark story with beings from the underworld; Now available. Hellbound is the new fashion series that comes from South Korea after the overwhelming success The Squid Game, also from Netflix. In this case, it is a series by the director of Train to Busan, a gore thriller by Teon Sang-ho that tells us about the mysterious and terrifying appearance of supernatural beings who chase their victims to condemn them to hell. All this coinciding with the appearance of a sect that believes in divine justice.

Hellbound’s fearsome beings from beyond the grave

Thus, the Hellbound series (its original title) stars Yoo Ah-in (Burning), Kim Hyun-joo and Park Jeong-min and has a total of 6 episodes. “The appearance of supernatural beings who condemn humans to hell coincides with the arrival of a religious group that defends the idea of ​​divine justice,” reads its official synopsis. And it is that the plot moves between terror, mystery, supernatural thriller and even gore at the hands of imposing-looking beings that will appear to condemn their terrified victims.

Passersby watch in horror as supernatural beasts chase and kill a man in broad daylight. Jung Jinsu declares that only sinners go to hell, ”suggests the summary of his first episode. And it is that Rumbo al inferno (Hellbound) is the adaptation of the webtoon created by Sang-ho himself, in which creatures from hell suddenly appear among humans to take them to hell, not without skimping on violence, blood and gore.

The new Korean series Rumbo al infierno (Hellbound), one of the most acclaimed adaptations of this final stretch of the year, is now available on Netflix. Speaking of Korean series, recently the creator of The Squid Game revealed the alternate ending that finally did not come true.

Paper Heroes Launches The Tragedy Of The Ghost Of Sparta, A...