Home Entertainment Heading for Metroid Dread: The Previous Story Of The Saga 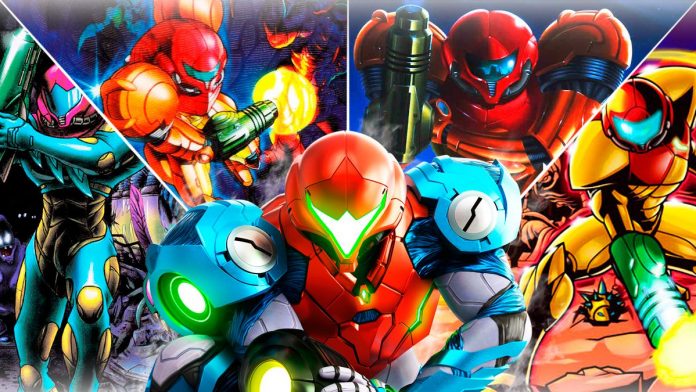 Metroid Dread: This year, Nintendo and MercurySteam will pick up a storyline that has been parked since 2002. We catch up with it and go through the rest of the timeline. “Metroid 5”. The appearance of this title during the announcement of Metroid Dread in the past E3 confused more than one. Why a five if Prime 4 hasn’t come out yet? Metroid Fusion fans, however, instantly guessed where the shots were going. Because the new installment, scheduled for its premiere on Switch on October 8, is going to be the first plot progress of the chronology in 19 years. Yes, since the arrival of Fusion in 2002 (introduced as “Metroid 4” on its own title screen) we have seen the launch of other games: Metroid Prime 2, Zero Mission, Metrod Prime 3, Other M, Samus Returns … But none of them has given continuity to the first Game Boy Advance game, which still remains as the last chapter of the adventures of Samus Aran in chronological order.

So, taking advantage of the occasion that the announcement provides, that we are in the year of the 35th anniversary, and also that Yoshio Sakamoto (producer of the series) has ensured that Dread will close the story arc opened in 1986, we are going to go back to the beginning and revisit the entire history of Metroid. From 1 to 5, also including some intermediate games and the additions of the remakes. This report, therefore, will contain spoilers, since our intention is to update you either because you have not played them for years and want to refresh their events, or because it is more convenient for you to read them directly. That said, and even taking into account that Metroid is a light saga in plot (the gameplay and atmosphere rule over everything else), we recommend playing them first if you have not already done so.

The history of Metroid begins, of course, before Metroid, the first game. We said just above that the saga tends to be light in the plot facet -with some exceptions in recent times-, but that does not mean that Nintendo, since the original delivery, has built a background universe to give context to the adventures of Samus Aran. It is a vague chronology in dates and with occasional readjustments, which was adding new elements retroactively and, for years, also based part of its background on a manga whose canonical status was often disputed. Fortunately today, the games themselves — and their manuals — are sufficient to draw a clear narrative thread. And it’s one that begins with the founding of the Galactic Federation in the early 21st century.