Home Entertainment “He unbuttoned his robe and…” — Pamela Anderson in The Book “Memoirs... 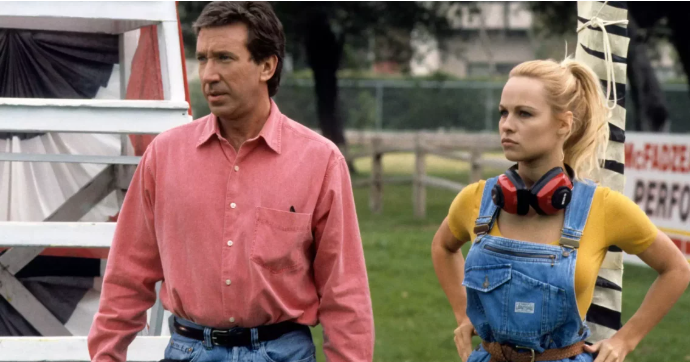 If you’ve watched “Rescuers of Malibu,” you probably remember Pamela Anderson. She is a Canadian-American actress who also appeared in the 90s sitcom “Home Improvement” alongside Tim Allen. This show became the starting point of her career on television. She starred as a recurring actress in a sitcom. In her future memoirs, she said that her co-star broke out at her on the set of the show.

2023 is the year of memoirs, because Prince Harry also published his first memoir called Spare. Another celebrity is going to publish reports about his life in his future memoirs titled “With love, Pamela”. The girl from the Rescuers of Malibu told the true story of her life. In one of her accounts, the actress talked about her experience during filming for “Home Improvement”.

Pamela Anderson Claims Her Co-star Broke Out on Her

When she worked in the sitcom of the 90s, the actress was 23 years old. Collecting her memories of the shooting, she said that her co-star Tim Allen once revealed his intimate places to her. On the first day of filming, when she was leaving the dressing room, he ran into Tim Allen in a dressing gown in the hallway. According to the Daily Mail, she writes: “He unbuttoned his robe and quickly highlighted me — I was completely naked under it.”

Anderson also used to be a playboy model. The actress claimed that Allen said he saw her naked. So his blinking at her was even. Laughing awkwardly, she left. However, Tim Allen, who played Timothy “Tim” Taylor, denied that the incident ever took place. In his interview with Variety, the actor said he would never do anything like that.

While both actors have their own memories, the Malibu Lifeguards actress vividly wrote about the incident in her upcoming memoirs. But the actor-comedian categorically denied the incident, calling it “never happened.” What is your attitude to this situation? Share your thoughts with us in the comments box below.

Ghostbusters: Beyond and its new teaser trailer with Paul Rudd (Ant-Man)...