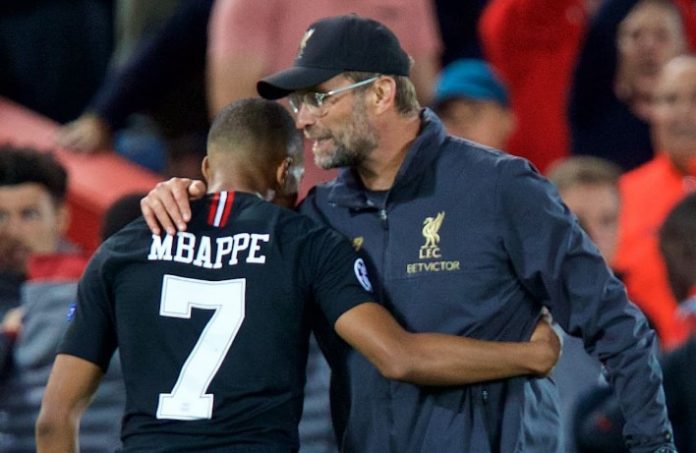 Despite signing a lucrative contract with PSG in the summer, reports say that Kylian Mbappe wants to leave the Ligue 1 champions in January, and one reliable journalist explained that the Frenchman is a Liverpool fan.

It was expected that Mbappe would move to Real Madrid for free in the summer, but in the end he decided that he would devote his long-term future to PSG.

The deal is said to have made the French star PSG’s highest-paid player, ahead of the likes of Lionel Messi and Neymar, with Mbappe reportedly earning 250 million euros over the next three years.

After signing the contract, Mbappe revealed how he spoke with Jurgen Klopp about a possible move to Liverpool when weighing up his options last season.

It is said that Mbappe wants to leave after five months, and reports claim that he feels “betrayed” by senior PSG officials and does not agree with the direction of the club on and off the pitch.

He is expected to push for a move in January, with Real Madrid the obvious destination, but there are doubts whether Carlo Ancelotti will be willing to pay a hefty transfer fee.

Liverpool is another club that is still linked with Mbappe, despite its own financial constraints.

“I think they have the money, but whether they will be willing to pay it in January, when they could have got him for free five months ago, when he made the mistake of extending his contract with PSG, I do not know.

“English clubs? I think he really liked Liverpool, but now they can’t afford it. They could not pay for the transfer and salary, let’s not forget that he is now the highest paid football player in the world.

“So there are a lot of ifs and a lot of numbers, but he will definitely push for a move in January, so let’s see who can afford it.”

Lawrence is one of the many journalists reporting that Mbappe definitely wants to leave PSG. It’s a strange situation considering his decision to extend his contract with the club this summer.

Any club that makes an attempt to sign him in January will have to break the record for the largest transfer in football history, and a fee of about 200 million euros may be enough to bring PSG to the negotiating table.

“There is no doubt that he wants to leave. We were told. It’s not just me, it’s a lot of media and a lot of people. It’s definitely a reality right now,” Lawrence continued.

“What can happen in January? We don’t know yet. Of course, it will cost a lot of money. 200 million euros, probably about that, maybe a little less.

Mbappe may like the idea of moving to Anfield, but it’s just not realistic, given the money associated with a potential deal.

Any slim chance of Mbappe joining Liverpool is probably already gone, as Mbappe is available for free in this year’s summer transfer window.

If Liverpool couldn’t afford it then, then they definitely won’t be able to do it now!

Zverev: “The O2 is where I play my best tennis”