Home Entertainment HBO’s “Baby”: 10 of the most chilling quotes 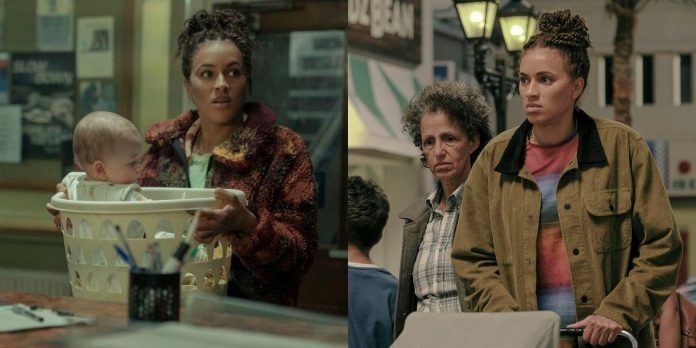 The HBO Max series inspired by Rosemary’s Baby, Baby explores motherhood through a prism laced with horror and comedy. Exploring the theme that kids can be hard work (and literally hell), the limited series doesn’t shy away from some comedic but disturbing scenes.

With a series of disturbing and comedic scenes taking place throughout the series, there are some chilling quotes that will make fans either wish for more or rethink motherhood. However, fans should expect nothing less from a series inspired by both “Rosemary’s Baby” and “Omen.”

Don’t mess with the kid
“If you keep doing this, this kid will kill you.”

Coming up with a plan with Mrs. Ives to catch the child by surprise in his sleep, Tash must first put him to bed. After running into difficulties, she heads to one of her best friends to get a singing rabbit, which leads to one of the most hilarious but disturbing quotes ever.

The above quote is related to how a little boy hit a baby’s stroller with a red ball. When Tash finds out about this, she tells the little boy to stop, otherwise the child he annoys will kill him. Although the disturbing message for a 5-year-old child does not mean that there is not a drop of truth in her statement, especially with the mysterious child’s track record.

Who knew babies were grim reapers?
“He will bulldoze your life, destroy your relationship, and when he has you completely, he will destroy you.”

When Mrs. Ives appears on stage, the audience learns a little more about the child’s origins and the devastation he left behind. Even though there are some great shows like “Baby,” the series about motherhood takes it to the next level, turning it into an HBO Max show that’s perfect for a long weekend.

When Tash receives a mysterious and anonymous flash drive, she meets Mrs. Ives, a woman who seems to know more about the baby than anyone else. This quote is Ives’ excuse to kill a child and force Tash to do it. A truly chilling quote describes how a child will ruin her life and the lives of her friends and family.

Man’s Best Friend = Child’s worst Enemy
“You can’t just kill a dog! How many people have you done this to?”

Some believe that animals can look into the souls of people, and in the “Baby” it seems to be true. When Tash goes in search of the mother of a mysterious child, she is taken to a diner, where she meets a worker and his dog. The dog seems very worried about the child, and, in the end, everything ends badly for the puppy.

While Tash interrogates the waitress, the kid throws the barking dog’s ball onto the road, where he is hit by a semi-trailer. In this creepy quote, Tash admits that the child caused the accident, and makes it clear to him that he cannot kill. This sets the stage for viewers to take a look at all the other victims who became victims of the child, which really added a frightening aspect to Tash’s question about how many people he ruined lives.

Of all the group of friends, Tash never wanted children. However, after a series of strange and terrifying events, she seems unable to shake the mysterious and dangerous child who seems to want her to become his mom.

The above quote is chilling after the mysterious child seems to convince everyone around Tash that she is his mother. Scared and angry, Tash continues to tell the child that he and she both know that she is not his mother, and she will not let him get into her head.

A desperate cry for help
“Don’t go away!”

Every young mother sooner or later faces difficulties, and you can ask for help. However, one of the child’s previous victims does not receive the necessary help in time and faces the consequences of trying to abandon him.

In flashbacks, viewers follow the child’s ex-mother as she heads to a diner, where she asks a young maid not to leave her. When a young girl declares that she must close the kitchen, she heads to the back, unaware that in a few minutes the child’s mother will choke on cookies and die. While “Baby” wouldn’t be a great horror comedy for the whole family, these frightening aspects make it a great limited series to watch.

Always trust your instincts
, “There’s no way I’m going to be left with three corpses and a creepy kid.”

After seeing a terrifying ordeal, any sane person will try to get away from the problem. However, in the case of Tash, this seems impossible when it seems that dead bodies are falling around her.

When Tash stays with the child after the death of his suspected mother and two policemen, she must leave the child at the police station.

Tales of the Walking Dead: Confirmed the return of this TWD...