Home Entertainment HBO Max Prepares Another DC series: Madame Xanadu Will Have Its Own... 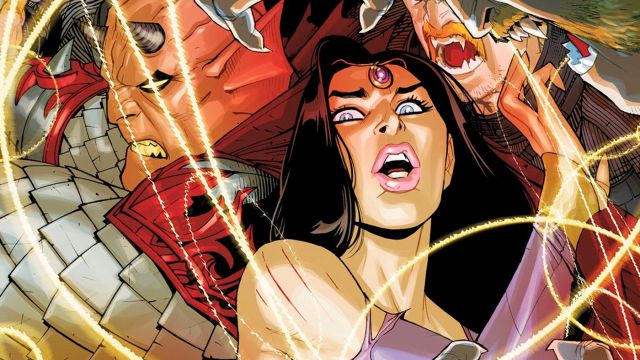 Thus, after the agreement between Warner Bros. and Bad Robot to create exclusive series for HBO Max, it has already been confirmed that Angela Robinson (Professor Marston and the Wonder Women, True Blood) will be the main writer and showrunner of the series; she, in turn, will serve as executive producer alongside J.J. Abrams and Ben Stephenson. The series will be a drama with one-hour episodes, although at the moment no more information about the adaptation has emerged.

Madame Xanadu, although she is not one of the most popular or famous characters in DC, does have a prominent role in the side of DC more dedicated to magic and mystical powers and has been part of the Justice League Dark . Madame Xanadu, whose real name is Nimue Inwudu, has her origin in the fall of Atlantis, and she and her sisters Morgaine and Vivienne are direct descendants of the survivors of said kingdom, who evolved into a race of humans with abilities magical.

Recall that the character of Madame Xanadu has already had a recent live action adaptation in the 2019 television series Swamp Thing. However, and if the project comes to fruition, Madame Xanadu will join the extensive catalog of productions that DC prepares HBO Max with Justice League Dark, Green Lantern Corps, John Constantine, Peacemaker or Gotham Central, among others.

Apex Legends And The Price Of Cosmetics: “Creating Content Costs”