Home Entertainment HBO Max: Every Movie & TV Show will be Released in August... 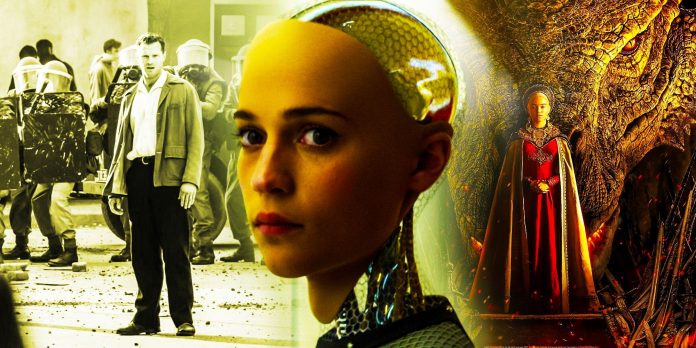 The new titles coming to HBO Max in August 2022 will grow the streaming service’s exciting slate of iconic films, recently released movies, and prestigious TV shows, such as the highly anticipated House of the Dragon. August 2022 also kicks off the HBO Max’s additions of A24 films, which includes a massive collection of the independent studio’s projects. Alongside this exciting new deal for HBO Max’s movie catalog, the month will bring the streaming debuts of award-winning movies, premieres of long-anticipated TV shows, and upgraded viewing formats for a beloved HBO series.

While July saw the arrivals of many intriguing titles, August is one of the most exciting months HBO Max has seen in 2022. The biggest addition to HBO Max in August 2022 is the premiere of House of the Dragon (August 21), HBO’s first spinoff series from the hit drama Game of Thrones. Alongside House of the Dragon, HBO Max will release all eight seasons of Game of Thrones in 4K Ultra HD, HDR 10, and Dolby Vision on the ad-free subscription plan. TV shows returning for their second seasons on HBO Max in August 2022 are Industry (August 1), Sweet Life: Los Angeles (August 4), and House of Ho (August 25). HBO Max’s collection of high-ranking A24 movies will arrive on August 1, which include acclaimed films like Amy, Ex Machina, The Spectacular Now, and Room. Additionally, HBO Max will see the streaming debuts of 2021’s hit movies Belfast (August 5) and Wolf (August 26) this month. Here’s everything else coming to HBO Max in August 2022.

Everything Else Coming To HBO Max In August 2022:

A Glimpse Inside the Mind of Charlie Swan III, 2013 (HBO)

Everything You Always Wanted to Know About Sex but Were Afraid to Ask, 1972 (HBO)

How to Lose Friends and Alienate People, 2008 (HBO)

The Testament of Orpheus, 1960

The Hobbit: The Desolation of Smaug, 2013 (HBO) Extended Version

In order to account for the many new A24 movies and other additions to the catalog, some of HBO Max’s biggest film series will be leaving by August 31. In August 2022, HBO Max will be saying goodbye to all eight Harry Potter movies, the Final Destination franchise, The Dark Knight trilogy, the Ocean’s trilogy, the Blade movies, and Tim Burton’s Beetlejuice. Despite so many incredible titles leaving the platform, HBO Max subscribers still have numerous anticipated projects to look forward to over the next few months, such as the Weeknd’s TV show The Idol, Scoob!: Holiday Haunt, The White House Plumbers, The Nevers, and the Elizabeth Olsen-starring series Love and Death.

Clickbait: Netflix Series is Based On A True Story?