Home Sport Hazard, two goals and an assist in 90 minutes with the “Red... 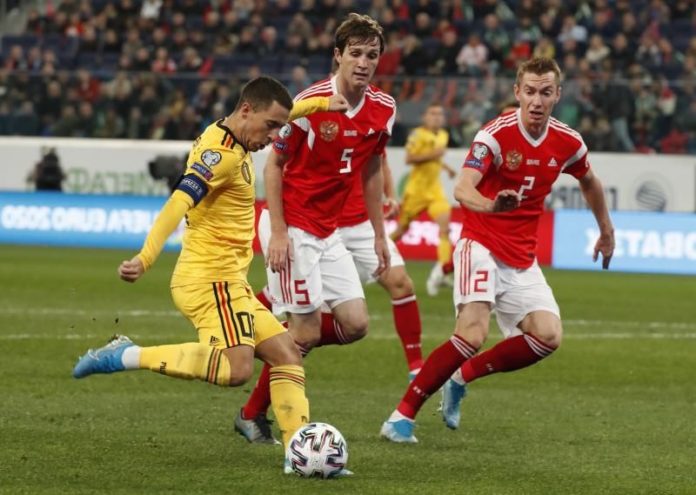 It is to put on the national shirt and Real Madrid player Eden Hazard becomes unstoppable. In Russia, where he shone as few in the past World Cup, he scored two goals and assisted his brother, Thorgan, in just 45 minutes.

The Belgian was eagerly seen since he jumped at the Gazprom Arena in St. Petersburg. He asked for the ball and wanted to show that he has left the physical pothole that has prevented him from showing his worth with the white coat of Real Madrid.

Then it was his battle partner, De Bruyne, who generously assisted him to dial in the empty door at 40.

The second part was pleasant for the Belgians, but Eden, who had found his particular paradise in the old Tsarist capital, did not stop looking for the rival goal.

Although when he had the opportunity to make a hat-trick, he preferred to give the ball to the red-haired midfielder of Manchester City, who shot too focused.

Aware that he needed a round game, his coach, Roberto Martinez, allowed him to play the 90 minutes and Eden thanked him for giving everything.

Perhaps the captain’s bracelet that he wore today was what gave him wings or the desire to avenge in the same city, St. Petersburg, the painful defeat in the semifinals of the World Cup against France, but the fact is that Real Madrid can already count on A Hazard in top form.