Home Sport Hazard and his overweight when arriving at Real Madrid: “I don’t hide... 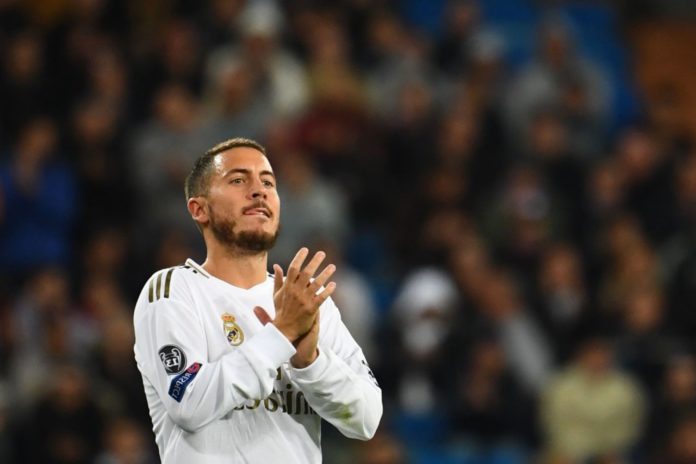 Eden Hazard granted an interview to L’Equipe in which he spoke about his situation at Real Madrid and for the first time admitted the problem of overweight with which he reached the white team and for which he was the subject of many criticisms.

“I don’t hide it. When I am on vacation, I am on vacation. I am someone who takes weight fast and loses it fast. When I was in Lille at 18, I weighed 72 kilos. Afterwards, I gained muscle mass up to 75 kilos. On a bad day I weigh 77 kilos, but weighed 80 this summer. I lost everything in ten days ”

He was able to sign for Madrid with 21 years
He praises Zidane whom he always admired besides making it clear that his dream was always to play at Real Madrid.

“Signing for Real Madrid was a dream for me. Since I started playing in the small garden, it was the club I supported. Zidane was my idol. When I saw him on TV, it was magical. We often went with the family of vacations to Spain. But never to Madrid. Whenever we drove, people talked to me about Real Madrid. ”

“The first time I spoke with him was in the European Euro Cup in 2016. He said it would be good if he went and when Zidane calls you he is serious”

He reveals that he was able to reach Real Madrid before and explains why his signing was frustrated with his dream of trying in the Premier.

“It was not a frustration not to sign before Real Madrid. I always did well. When I was in Lille, there was the possibility of signing for Real Madrid. I was only 21 years old and wanted to try in England ”

“I am satisfied this last month. I have marked, assisted and provoked a penalty. The first months were not enough. I try to do my best. This last month, I picked up the ball, overflowed more, and accelerated. In the first months I tried to be simple but people expected me to haggle more. ”