Home Entertainment Hayden Christensen reacts to the theories of fans of the popular “Star... 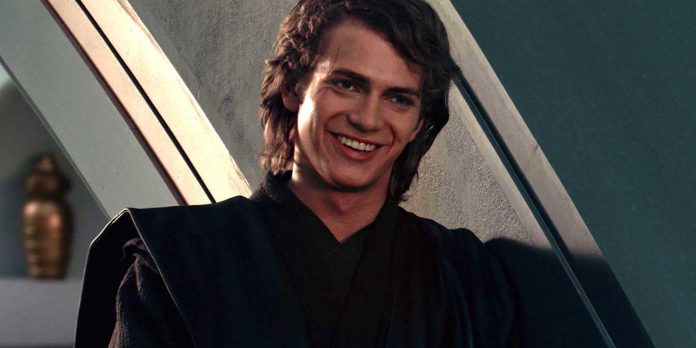 Hayden Christensen shares his reaction to several popular theories of the Star Wars prequel trilogy. Christensen returned to the Star Wars galaxy for the first time since 2005 with Obi-Wan Kenobi, where he and his old friend Ewan McGregor play Anakin Skywalker/Darth Vader. Since then, the actor has shared his enthusiasm for the franchise, as well as the era in which he starred, something that was revived in him thanks to an enthusiastic audience.

One of the most exciting things that “Star Wars” viewers learned about Christensen’s transition to “Obi-Wan Kenobi” is that the actor got carried away with all the animated content that filled the gap between “Star Wars: Episode III — Revenge of the Sith” and the present. This includes the fan-favorite TV series “Star Wars: Clone Wars” and “Star Wars: Rebels”. Watching these shows, no doubt, allowed Christensen to look even deeper into the era of the Star Wars prequels, as he now witnessed the rebirth of Darth Maul, Ahsoka Tano’s apprenticeship with Anakin, and the deep connections between the Jedi generals and their clone armies.

Now, in an exclusive interview with Screen Rant, Christensen reacts to popular fan theories of the “Star Wars” prequels. On the red carpet of the Star Wars celebration, Christensen said he was “glad to see” that Darth Maul survived, which is one of the few fan theories that turned out to be true. He also expressed his opinion that Mace Windu may be alive, and Sith Jar Jar, which you can read below:

SR: Do you think Mace Windu is still alive?

SR: Have you ever read the extensive Reddit theory that Ja-Ja Binks has been a secret Sith lord all this time?

Hayden Christensen: [Laughs] Yes. I’ve seen a very disturbing image of a Sith Ja-Ja. I enjoyed it. I thought it was cool. Although I do not know if this is the character.

It’s always nice to see actors interested in fan theories, especially regarding a franchise like Star Wars. Clearly visible is the passion that Christensen has always had for his character, as well as his passion for the larger Star Wars galaxy. His immersion in the animated series, as well as his return to the screen, only strengthened his connection with the franchise, which is great news for all Star Wars viewers. This even led to Christensen publicly expressing interest in the Vader series, leaving Christensen the opportunity to join a number of other Star Wars projects after Obi-Wan Kenobi.

Between the release of season 7 of the Clone Wars in 2020 and Obi-Wan Kenobi, the Star Wars prequel trilogy finally received all the well-deserved praise from the franchise’s viewers. Both Christensen and McGregor said that watching the generation they made films for grow up and share their favorable opinions about the prequel trilogy has greatly influenced them and their own views on Star Wars in general. Christensen’s involvement in fan theories shows the depth of his love and appreciation for Star Wars. Perhaps one day viewers will see how Christensen embodies at least one of these popular fan theories.