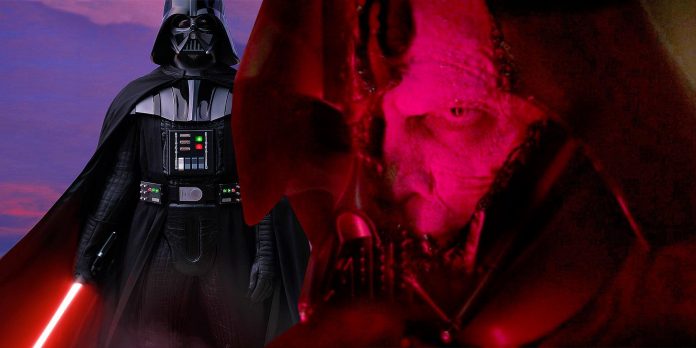 Hayden Christensen describes in detail the process of turning into Darth Vader for Obi-Wan Kenobi. Christensen first played Anakin Skywalker in the original image of Vader in Star Wars: Episode II — Attack of the Clones, and then portrayed his transition to the dark side in Star Wars: Episode III — Revenge of the Sith, where he became Darth Vader. At the end of the film, Christensen’s Skywalker was left horribly disfigured and scarred due to the battle with Obi-Wan, completely changing his appearance and forcing him to wear Vader’s signature suit as a means of survival and protection.

Christensen returned to the role of Anakin Skywalker/Darth Vader in “Obi-Wan Kenobi”, again dressed in the costume of the Sith lord in full regalia, as well as in prosthetics depicting his disfigured physical appearance. In the role of Vader, Christensen is initially shown without a costume, demonstrating the extensive work done to turn him into an infamous character again. While veteran Darth Vader voice actor James Earl Jones again provided the character’s vocal performance, Christensen played Vader in his physical form, with and without a mask, throughout Obi-Wan Kenobi.

By topic: What happens to Darth Vader after Obi-Wan Kenobi (before a new Hope)

In a new interview with Collider, Christensen details the makeup process to become Darth Vader again, saying that he “enjoyed” the makeup and defended using it to improve his game. The actor says he sat in a chair for “a good four to five hours” to become Vader, paying tribute to the “incredible work” of the makeup team. Christensen says that the visual creation that took place influenced how he felt and behaved in the costume, which ultimately helped him portray Vader. Here is his full comment:

Yeah. I mean, it takes a good four to five hours to install all the prosthetics, and I worked with a great team of makeup artists led by a guy named Sean Smith, and they did an incredible job. There was a lot of time to sit still while they glued layers of prosthetics all over the body. But I really like just the visual creation that happened every time. It affects so much how you feel and how you behave when you see yourself like this. So I liked it.

Fans of Christensen’s return as Anakin Skywalker and Darth Vader won’t have to wait too long to see the actor in makeup/costume again, as he is about to return to Dave Filoni’s series about Ahsoka starring Rosario Dawson. It is confirmed that the actor will return, although it is unclear whether he will play Anakin Skywalker, Darth Vader or both. It is also possible that he will play Anakin as the Ghost of the Force.

While Obi-Wan Kenobi’s reception was mixed, viewers seemed to enjoy the return of Christensen as Vader, as well as Ewan McGregor as Obi-Wan. Although it is difficult to satisfy all the expectations of fans with the return of such iconic characters, from the point of view of appearance, of course, there is nothing to complain about. Christensen’s makeup effects add another level of depth to Vader, giving the masked Sith lord a face and personality that didn’t exist before the prequels. As Christensen returns to the franchise for several series, one can only hope that Vader will find his way to another season of Obi-Wan Kenobi, or perhaps even get his own series, which seems like a long time coming.