Home Entertainment Hawkeye: How Many Chapters It Has And Dates; Full Calendar 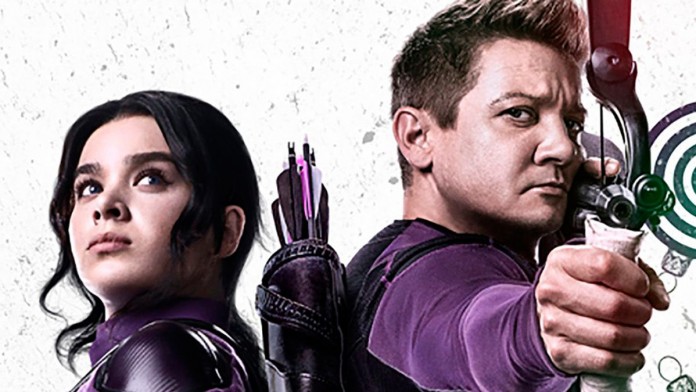 Hawkeye: The new Disney + series is part of Phase 4 of the Marvel Cinematic Universe. We review all the details of the return of Hawkeye. Hakweye (Hawkeye) is the new Disney + series in the Marvel Cinematic Universe. After WandaVision, Falcon and the Winter Soldier, Loki and What If… ?, the year 2021 will close in style with a series that is raising more and more expectations. Because we know Clint Barton (Jeremy Renner) well enough; but we had only read Kate Bishop (Hailee Steinfeld) in the comics. This November 24, the Hawkeye series opens on Disney +. We tell you the publication dates of each chapter and how many episodes it has in total.

The Hawkeye series will debut on Disney + this Wednesday, November 24 exclusively from the subscription service. We can see it on all devices, including iOS and Android smartphones, Smart TV or PS4, Xbox One, Xbox Series and PS5 consoles, where there is a specific app to log in with our account.

In total, the series consists of six episodes, at the rate of one per week. However, for this first week we will have two episodes with an approximate duration of 45 minutes each; as usual in other Marvel Studios series on Disney +. Thus, the sixth and last episode will air on December 22, a week after the premiere of Spider-Man: No Way Home in theaters (December 17).

Will we see Kingpin and Daredevil in Hawkeye?

Fans are speculating that there might be some connection between the new wall-crawler movie and this Hawkeye series. The reason is clear: the Daredevil / Matt Murdock figures (played, apparently by Charlie Cox), who may appear in Spider-Man: No Way Home as Peter Parker’s defense attorney; and the Kingpin.

Echo / Ronin, is the adopted daughter of Kingpin and will appear in the series Hawkeye played by Maya Lopez. There is talk of Vicent D´Onofrio as an actor in charge of putting himself in the shoes of Kingpin. If this theory is true or not we will have to wait until this month of December to find out. Marvel has practically always tried to take advantage of its series and films to connect a universe that does not stop growing. Phase 4 takes shape and, although at the plot level Hawkeye does not seem – on paper – very important for the current Phase, we may be pleasantly surprised.