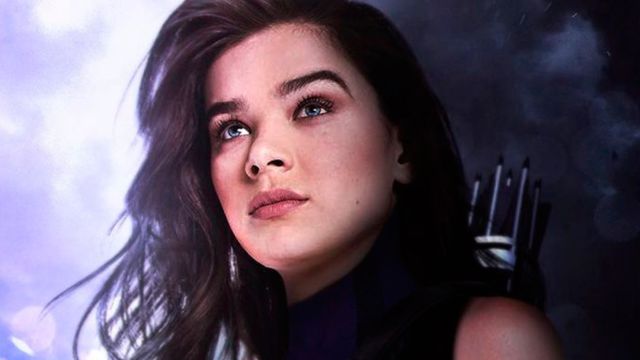 The actress of the Hawkeye series is very excited to be part of the MCU; she leaked new photos from the shoot with Kate Bishop in action.

Hailee Steinfield, the actress who debuts in the MCU as Kate Bishop in the new series Hawkeye with Jeremy Renner as Hawkeye, has assured to feel very excited about her new role and to be part of the Marvel Cinematic Universe as Clint Barton’s apprentice . This has been stated by the actress herself in her first words and as Kate Bishop in a recent interview on the American radio station KICKS 99.1. In addition, new photographs of the filming have been leaked with Hailee Steinfield herself in action with her stunt double on the streets of Manhattan, where the series has been filmed outdoors in recent weeks.

“Very excited to be part of the UCM”

This has been stated by the actress herself, acknowledging that she feels “very, very excited and honored to be part of the UCM.” In addition, he has not skimped on compliments towards his co-star, actor Jeremy Renner in his now usual role as Hawkeye, ensuring that working with someone like him is “wonderful” and that he is a great support in a production “so different. ”To what she is used to, in reference to the genre of superheroes, a totally new professional experience.

The actress also jokes with the first leaked photos of the filming and in which her role as Kate Bishop was discovered through the revealing photographs in the subway from a few weeks ago and in which she appeared with Hawkeye and Lucky the dog.

See Also
DISNEY CLARIFIES THE SITUATION WITH THE 'HAWKEYE' SERIES

The production has already left the streets of New York behind to continue filming in Atlanta, the usual Marvel Studios set for many of its productions. At the moment there is no release date for Hawkeye, although it should arrive at Disney + by the end of 2021. We leave you with some of the latest leaked photos of the filming in New York with Kate Bishop in action.

Ubisoft: Assassin’s Creed Valhalla Won’t Be The Longest Game In The...