Home Entertainment Hawkeye: Everything That Happened In Episode 3 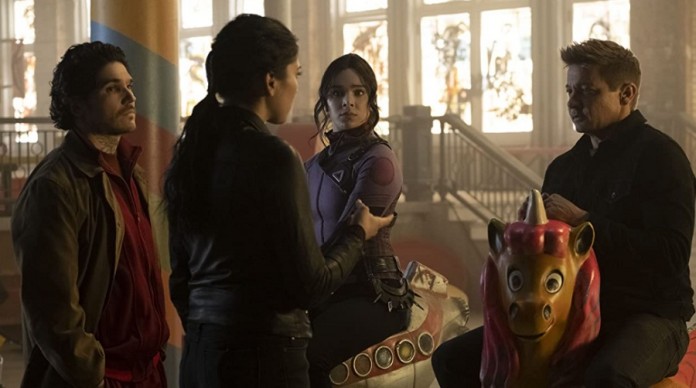 Hawkeye: This Wednesday (1), a new episode of Gavião Arqueiro (Hawkeye, in the original) was made available to Disney+ subscribers. Marvel’s production picked up right where it left off last week, delving into one of the MCU’s newest anti-heroines, the enigmatic Echo (played by Alaqua Cox).

That way, find out all about what happened in episode 3 of the series with our recap!

Gavião Arqueiro 1×3: Meet Maya Lopez, a rival to Clint Barton and Kate Bishop
The title “Echoes” begins with Maya Lopez’s past. The relationship she had with William Lopez (Zahn McClarnon), her father, since childhood and also the difficulties encountered by being deaf were explored in an interesting way. In a few minutes, the writers also manage to establish the main objective of the character: to get revenge on Ronin, who would have cruelly murdered her father.

As such, Clint Barton (Jeremy Renner) and Kate Bishop (Hailee Steinfeld) remain in the custody of Maya’s group. And when she finally meets them, it’s noticeable how the character believes Kate to be the Ronin who had previously destroyed her life. Echo notices Clint’s hearing aid and asks him about using it.

Clint tries to argue that Kate isn’t Ronin, even though she was wearing his clothes when she hit some of his men. Echo doesn’t seem to believe the conversation and tries to spank the young woman in front of her, but is restrained by Kazi (Fra Fee). While an argument ensues between the henchmen, Clint manages to break free of the toy horse he was on and runs off.

All the men and Echo mobilized to go after him, leaving Kazi with Kate. A frantic chase ensues, culminating in Clint having a head-to-head confrontation with the anti-heroin. Kate tried to free herself, too, but was held back by Kazi. However, Clint manages to retrieve his weapons, with the exception of his own bow, and saves Kate.

The two run towards a car they manage to steal. Obviously, everyone starts chasing the pair through the streets of New York, with Kate distracting them with Clint’s arrows. Despite defeating most of the henchmen, there is still Echo’s car. When both vehicles are side by side, Clint manages to distract the passenger from the anti-heroine and Kate retrieves her bow.

Echo is left behind after Clint and Kate work together. Later, the two are concerned about this new threat and start to research it a little more closely, with the help of resources provided by the company of Eleanor Bishop (Vera Farmiga), Kate’s mother.

You Can Now Download The App For Donald Trump’s Social Network,...