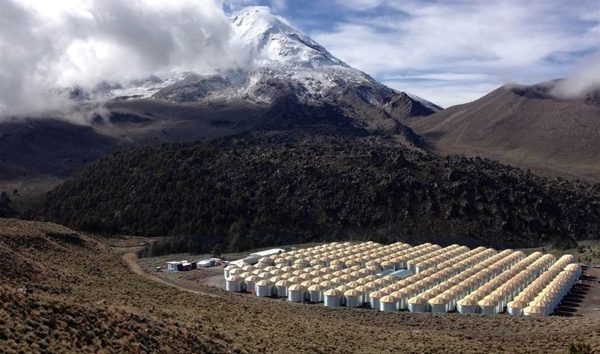 The High Altitude Water Cherenkov (HAWC) Observatory achieved significant results in testing whether the speed of light is constant everywhere. New measurements say the rules of physics apply, no matter where you are or how fast you move.

New measurements by the High Altitude Water Cherenkov (HAWC) Observatory, a gamma ray and cosmic ray observatory on the Sierra Negra Volcano, confirm that the laws of physics apply no matter where you are or how fast you move. Observing record-breaking gamma rays at this point proves the robustness of Lorentz Invariance.

Lorentz Invariance is known as an important part of the Standard Physics Model. However, several theories about post-Standard Model physics say that Lorentz Invariance may not be at the highest energies. According to these theories, if Lorentz Invariance is violated, different results may occur. For example, gamma rays can move faster or slower than the known speed of light. If the rays mentioned at this point were faster, these high-energy photons would transform into low-energy particles and never reach Earth.

Sources producing photons at 100 TeV energy were identified:
Pat Harding, an astrophysicist at the Neutron Science and Technology group at the Los Alamos National Laboratory, said: “How relativity acts in very high energies has real consequences for the world around us. Most quantum gravity models say that relative behavior breaks down at very high energies. Our observation of such high-energy photons raises the energy scale, where relativity is more than 100 times. ”

The HAWC Gamma Ray Observatory has managed to detect a number of sources producing photons at 100 TeV (trillion times the energy of visible light) energy, which is much higher energy than any other accelerator. Since HAWC can see these gamma rays, it also increases the range of Lorentz Invariance by 100 times.

Speaking about the issue, Pat Harding said that the detection of higher-energy gamma rays even from astronomical distances would make relativity controls more stringent. Harding also highlighted that HAWC will not collect any more data in the coming years and that they will have the opportunity to examine this situation further under the leadership of Los Alamos.

Ice Melting in the Arctic Ocean Changes the Direction of Ocean...