Hawaii Five-0: In an interview with the American portal Vulture, the actor Daniel Dae Kim spoke about his departure from Hawaii Five-0 in 2017. At the time, the series was in its 7th season and Kim was not the only one to leave the cast: his scene partner, Grace Park also decided to leave the character behind.

The determining reason for this was that the two failed to match their salaries with those of their castmates, Alex O’Loughlin and Scott Caan.

During the interview, the actor made it clear that he accepted a big wage gap when he chose to do Hawaii Five-0 instead of Lost. For him, it was a significant disparity, and so he tried to negotiate a salary increase to make the exchange worthwhile.

Hawaii Five-0: Daniel Dae Kim’s contract has not been approved for a raise

At the end of season 7, Kim and Park tried to negotiate a higher salary when the contract renewal was offered. After all, the two had recurring characters in the series, but did not earn as much as the original cast members. “That would make us the cast we thought we were,” commented the actor during the interview. “In addition, the increase would put me in the same place where I was when making Lost,” he added.

Kim took advantage of the interview to point out that this was not an irrational request. The actor says he has always been very clear with the production, cast and showrunner of Hawaii Five-0 about his intentions to negotiate the contract. Still, the production chose to keep the salary in the same range and Daniel Dae Kim decided to leave the cast of the series.

The artist ended the interview saying that his decision changed the relationship with some members of the cast. “While I had allies at my side, not everyone supported the decision. After all, we are different people, with different goals and desires. But at the same time, it is clear that it affected the way I related to some colleagues, ”he said.

So, what did you think of this news? Leave your comment below and share the article on social networks! 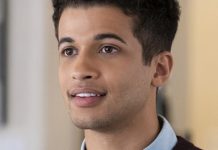 The Flash: Bart Allen Appears As Impulse In New Photos 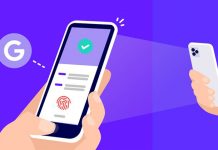