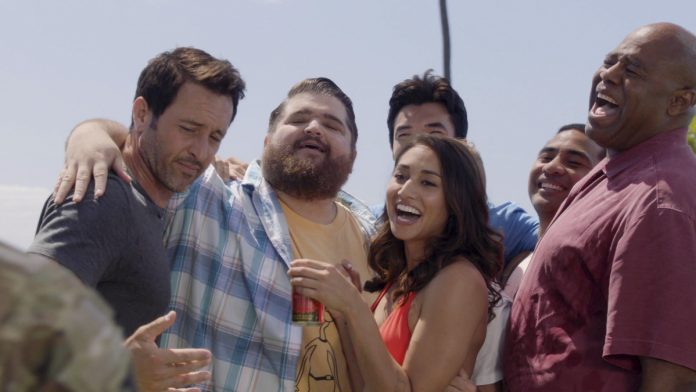 MacGyver returned with its season 5 in December 2020, which airs an episode every week on CBS. But, according to an actor from the famous Hawaii Five-0 series, Jorge García, he will make an appearance in the new season.

The actor who played Jerry, Jorge Garcia, was recovering from a shot during the beginning of the season so he had time to think about everything and analyze it.

The break that the actor had in the series made him reflect and began to plan on leaving the Hawaii Five-0 series, to dedicate himself to writing a book, the actor was given the option to return whenever he wanted for special episodes with his visit .

But, now he is back for MacGyver season 5, in the episode that will air this February 12 on CBS called, “SOS + Hazmat + Ultrasound + Frequency + Malihini.”

In this exclusive clip from the on-screen reunion, Garcia repeats his Hawaii Five-0 character, Jerry Ortega (as MacGyver and Hawaii Five-0 come from the same fictional universe of rebooted shows developed by Peter M. Lenkov). In the clip, Russ Taylor from Cusick is questioning him.

“I’m the guy in the shadows, who sees the chaos. I’m here to save you,” Jerry tells him, adding, “Okay, that was a bit dramatic.”