Home Tech Having A Low Battery In The Mobile Phone Generates Anxiety In 65%... 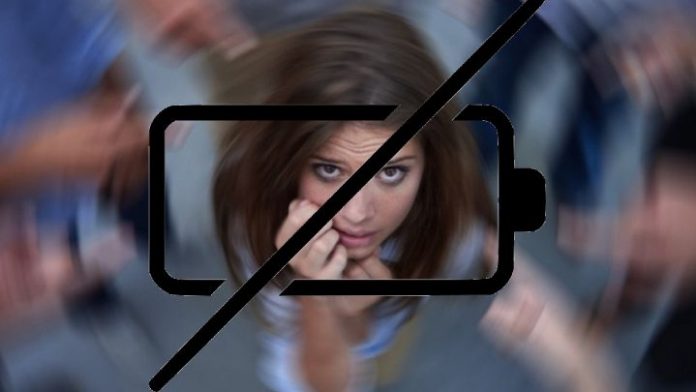 Mobile Phone: Twenty years ago it was a complement, a novelty, a useful element but to be used when necessary and thus avoid the pilgrimage by looking for a telephone box. 14 years ago, mobile phones became ‘smart’, going from being an accessory to a very useful everyday item.

And today, the mobile phone is an extension of its owner, such an essential device that if we notice that it is low on battery and we cannot charge it, we panic. At least that’s what this poll says.

Anxiety about not being able to charge the mobile

A study carried out by the Chinese technology brand Oppo -whose mobile phones are also sold in the West and increasingly- to a sample of 1,556 Spaniards through the Toluna Start platform, yields interesting results that highlight the enormous dependence that many people have on the smartphone.

And it is that no less than 65% of those surveyed say that it generates anxiety if the charge level of their mobile drops too low when they are away from home. On the other hand, 30% only care about this inconvenience in situations such as waiting for a call or having ordered a taxi.

The study has also analyzed charging habits, and:

Half of the Spanish do not like to stay with less than 20% battery, so they charge it daily
More than a third only plug it in when the mobile warns of low battery
10% of those surveyed charge it when the battery is over 5%
3% of users rush to the end
1% charge it when turned off
Another 1% do not pay attention because their mobile has ultra-fast charge.
Spaniards tend to leave home with their mobile 100% charged when they know they are going to spend the day outside, but they are divided into two groups: those who trust it to last all day and those who carry a charger to plug it in wherever and whenever can:

23% claim to carry an external battery to charge their mobile
21% of users activate the energy saving mode
9% percent carry other devices that allow reversible charging
7% percent put it into airplane mode at times – a mode that blocks incoming signals and greatly extends the smartphone’s battery.

Chloroquine: French and Chinese believe in the effectiveness of the drug