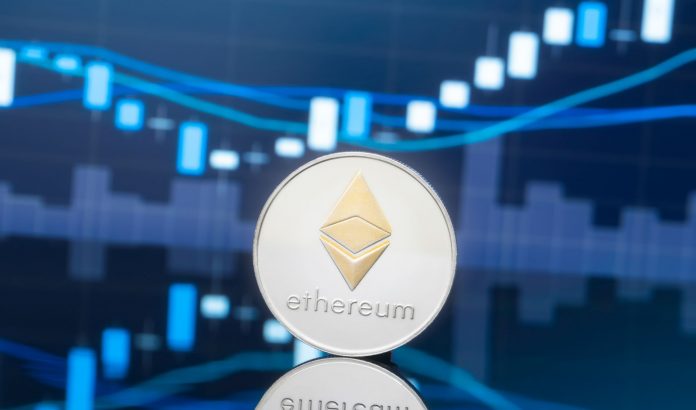 Before Ethereum was 420 dollars, the number of addresses holding more than 10 thousand Eth was 211 thousand. According to Santiment, the number of these addresses increased to 225 thousand with the price record. 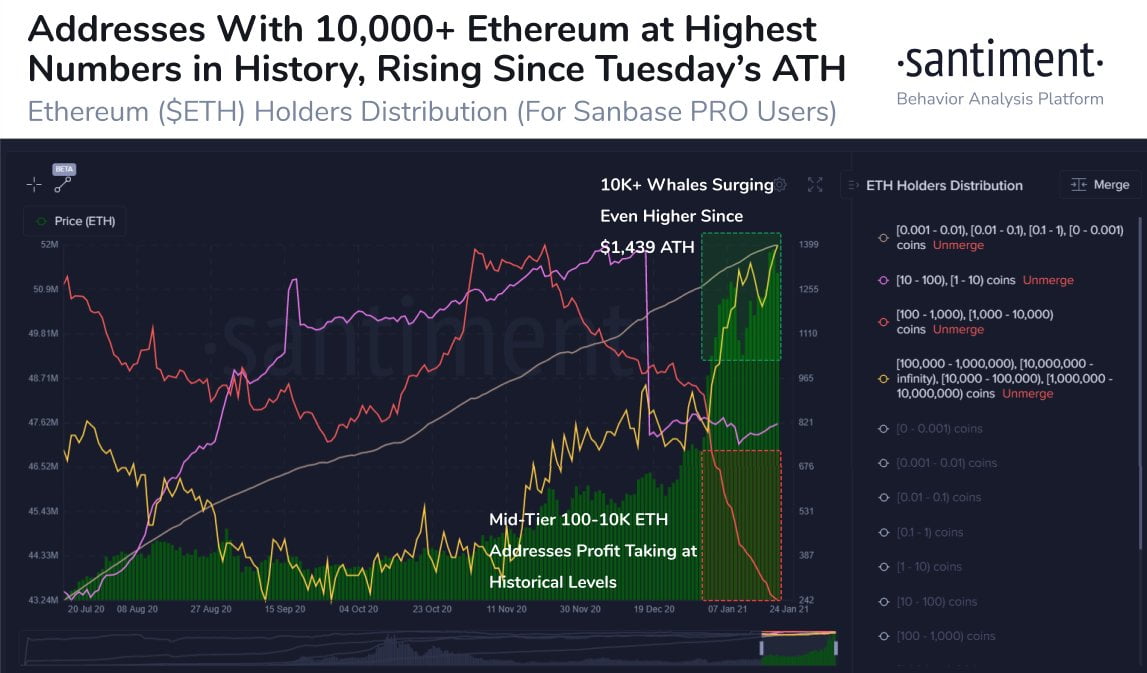 However, the number of addresses holding over a thousand ether fell to the lowest level in the last 3 years and reached 6,877.

Santiment discussed in his article whether the price of ethereum peaked or not. Underlining that ether data are not yet clear, the company said ether could see a short-term price drop.

In addition, social metrics increased with the increase in ethereum price. Since January 12, the search rate of ethereum in social networks has increased. It was also noted that although there has been a bounce in the amount of ether (Exchange Inflow) flowing to the stock markets, it is still in a downward trend. The reason for this was the possibility of selling pressure.

Expressing that sales in ethereum have decreased similar to Bitcoin, Santiment interpreted this as an indication that investors are waiting for the peak. Continuing this expectation may result in the price falling before a new peak is seen.

The supply of ether in the stock markets is rising

In the article, it was stated that the ethereum supply in the stock markets has decreased for a while, but the supply has started to increase with the price increase in recent days. It has been said that the upward movement seen, although not a big increase, may open up space for sales.

“The supply of ethereum in the stock exchanges has reached the highest level of the last week. There will definitely be sales pressure in Ethereum. ”

It was shown that the MVRV score obtained by collecting the prices of the circulating cryptocurrencies on the date of purchase indicates that the ethereum is in a dangerous area. Santiment interpreted this data as the most dangerous data and therefore said there is a possibility that the price may move down. Finally, Santiment stated that miners were selling high volumes and emphasized that ethereum could see a decrease in the short term.

Grayscale did not divest XRP and XLM