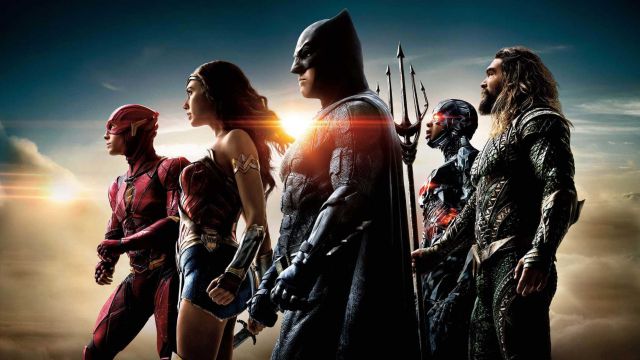 We consult the opinion of professionals and amateurs on portals such as FilmAffinity, IMDb, Rotten Tomatoes or Metacritic. The waiting was worth it?

The arrival of Zack Snyder’s Justice League on HBO has been one of the most anticipated releases of the season in cinema so far in 2021. After the original work of 2017, originally completed by Joss Whedon, the North American filmmaker He was left with the thorn in the face of being able to fully and extended his creative vision, and here we have it: four hours and two minutes long. Now, what do people think of this “Snyder Cut”? Where does it leave the DC Cinematic Universe?

From FilmAffinity, one of the top reference portals in cinema and series in Spain, with about 5,000 votes the average is 7.3 out of 10 for Zack Snyder’s La Liga de la Justicia, where the general opinion is that the canonical version It is none other than this, and not the one released four years ago. Without going into plot spoils, the work of Snyder, the interpretation of the actors and the new incorporated footage stand out. For reference, the original work received an average of 5.4 out of 10; one of the films with the most polarized opinions of its year.

In Metacritic, which not only serves as an aggregator for video games, but also for movies, television and music, users rate it with a 9.0 out of 10, while the more than forty reviews from the professional press place it at 55 out of 100. The original settled for a failure, 45 out of 100.

We finished with Rotten Tomatoes, another reference portal in cinema and series with hundreds of thousands of users rating and recommending entertainment. In this case, the tomatometer leaves us with 73% positive reviews from professionals; the audience, with more than 25,000 scores, is more positive and gives 96% positive opinions. The original had 40% and 71%, respectively.

Zack Snyder’s Justice League can already be seen on HBO Spain (if you are in Spanish territory) or HBO Max if you read us from Latin America; In this article we explain how to watch the film online, which is dubbed into several languages, including Spanish.

Chocobo GP Passes The Finish Line And Will Arrive As A...

NEO: The World Ends With You, Preview. We Return To The...