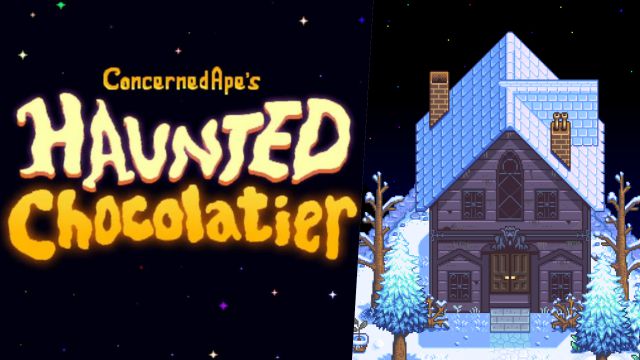 Haunted Chocolatier: The long-awaited project, which has no release date yet, shares a couple of new screenshots and will offer more information sometime in 2022. Hauned Chocolatier, ConcernedApe’s next project, commonly known as Erib Barone and creator of the popular Stardew Valley, is still in development. The title was announced during the final stretch of last year and it still does not have a release date, nor much information about its proposal. However, the person responsible for it has shared some new captures through Twitter, in which we can see a school bus with an orchard on the roof and a house located on top of a snowy mountain. We leave them below.

Happy new year to all! I hope you all have a very positive 2022. Here's a couple of small images from Haunted Chocolatier. There will be plenty more to come this new year! pic.twitter.com/GiBWnOjxdM

From chickens to chocolate

Managing a chocolate shop should not be an easy task. That is the premise of Haunted Chocolatier, and although little details about its mechanics are known, Barone commented the following last October: “It is another pixel art and top-down perspective game, similar to Stardew Valley. In some ways it is similar to Stardew Valley, but it is not a farm game, it is something different. ” Throughout this year we will know more about him.

Eric Barone’s popular farm management and simulation game – among many other mechanics – is one of the most successful indies of all time. Originally released for PC in 2016, it is currently available on virtually every platform, reaching a whopping 15 million copies sold last September. It recently came to the Xbox Game Pass catalog in its most recent version, which offers the possibility of playing together thanks to the multiplayer mode, among other additions.

Returning to Hauntred Chocolatier, it is confirmed for PC (it has not been specified what other platforms it will arrive on) and does not have a release date yet. What we can count on is that its creator will offer new details sometime in 2022.